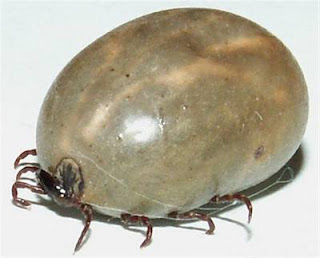 Not uncommonly, the more intelligent comment on recent events in newspapers comes in the form of readers' letters. That certainly proves to be the case today, with a letter from professor David Campbell of Durham Law School.

Under the heading, "Paying for flight ban", he observes that it is "very worrying" that the government is seeking to escape liability for the closure of British airspace by saying that this was the result of Britain's participation in the international system of air-safety regulation.

This system, prof Campbell writes, is but one of a number of international safety systems co-ordinated by UN agencies, in this case the International Civil Aviation Organisation. These agencies continually attempt to regulate beyond their competence without regard for the costs, and the normal result is fiasco.

Campbell adds: "We usually see this in the form of absurd and costly health scares, and we must at least be thankful that this episode did not involve the cruel killing of millions of animals in the way regularly contemplated by the World Health Organisation."

Then we get to the "killer punch" and the professor asks: "As these agencies are effectively unaccountable, if our national government is not accountable, who is?" And that is precisely the point about the recent debacle that should give us most cause for concern.

We saw the mechanism in a recent statement from the Department for Transport when a spokeswoman said: "The decision made by safety regulators to restrict airspace was made in line with long-standing international guidelines and information from aircraft manufacturers that any volcanic ash could pose a danger to aircraft." She added: "The whole of Europe has been in the same position, acting according to the same aviation safety rules.”

And therein lies the problem. With so many different agencies involved, responsibility is diffuse and accountability there is none.

Interestingly, similar sentiments were expressed by G K Snape of Blackburn, Lancashire, in a letter published on Thursday 22 April.

Speaking as a geologist, former pilot and meteorologist, he wrote, "I would say the Met Office is not to blame for the airspace debacle. It is the Civil Aviation Authority and the National Air Traffic Service." Snape continues:

However, the inevitability of the recent large-scale commercial disruption and human misery was secured by the system of responsibility established by successive governments. The responsibility lies directly with the Government.

Flying through volcanic ash has proved to be extremely dangerous. This did not, though, prevent someone from using knowledge, common sense and a sense of responsibility to determine what was safe and what was not.

The CAA and NATS are trusted by government to keep all air problems at sufficient distance to absolve it of blame in the event of any misfortune. Since the government has no one among its members resembling a scientist and no one capable of making meaningful decisions, circumstances forced the recent misery upon us, not the ash cloud or the Met office.

The two letters provide an admirable counterpoint, and the intelligent reader can easily see the parallels between this episode and so many other events which affect our daily lives. The bottom line is the progressive dilution of responsibility and accountability, issues which are not being addressed during this general election campaign.

Politicians need to get to grips with the fact that outsourcing their responsibilities – whether to quangos, national or international agencies, or supranational governments – renders them impotent and makes their posturing vacuous and irrelevant. They become merely useless parasites (pictured), and they should hardly be surprised when they are treated with the contempt they deserve.