One of our Dorniers is missing 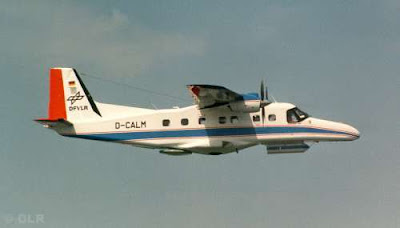 In her own words she condemned herself. Writing in The Daily Telegraph on Saturday (online), Deirdre Hutton, chairman of the Civil Aviation Authority (CAA) sought to defend her authority's decisions and claims that, "it led the way in getting airlines flying again."

But, in the very text to which she lent her name, she set out the procedures needed before aircraft could resume flying. "First," she wrote, "we had to understand the extent of ash contamination, by sending up planes bearing instruments that could measure its density (complementing the data provided by ground-based lasers)."

There is the endorsement of the very point which we have been making – that specialist aircraft were needed to investigate the ash cloud extent and bring back physical data to update and refine the Met Office's computer model. And, as we have already ascertained, there were only two such aircraft available in the whole of the UK.

The first and most suitable aircraft, the BAE-146 operated by the Facility of Airborne Atmospheric Measurement (FAAM), was in its hanger in Cranfield, stripped-down preparatory for repainting. When the balloon when up, it must have taken superhuman effort to get it reassembled and in flying condition, and every short-cut in the book must have been taken.

That left the very much smaller, German registered turbo-prop Dornier 228, operated by the Airborne Research and Survey Facility (ARSF), out of Gloucester airport. With limited range and performance, it is also unpressurised which gives it an effective ceiling of 20,000 feet, too low for it to reach the higher levels of the ash cloud, much less get above them to make vital measurements. 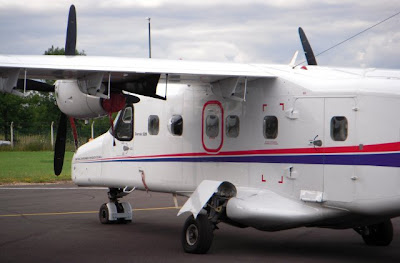 Nevertheless, something is better than nothing – although not much better – and evidently conscious of the need to get something into the air, we were told in a press release by the funding agency, the Natural Environment Research Council (NERC) that the aircraft was being readied for a flight on the evening of Thursday 15 April, the day the no-fly zone had been imposed.

Therein lies a mystery which, when the details of the events come fully to be explored – if they ever are – may give a clue to the disarray within the authorities which were charged with managing the situation. The mystery intensifies because the Met Office in its most recent briefing affirms that the Dornier flew on the Thursday evening, claiming that the flight "provided inconclusive evidence on the extent of the ash cloud."

It also claims that the aircraft flew on 16 April, when it is said to have detected three distinct layers of ash, thus claiming that its models were "also evaluated with observations, including the Met Office and Natural Environment Research Council (NERC) aircraft".

Why this is a mystery is simply to explain, borne out by a second press release from NERC, which states that the first flight was from Cranfield airfield at 14:00 UK time on Sunday 18 April. After take off, the Dornier flew south via London, Southampton and Cardiff, and then north to Prestwick before returning to Cranfield.

The second flight took off from Cranfield at 11:30 UK time on Monday 19 April. During this flight, the aircraft flew to Gloucester up to an altitude of 2,000 feet. It then turned north and flew at varying altitudes up to 20,000 feet towards Prestwick along the west coast, and across the Midland Valley before turning to fly down the east coast and across the Wash back to Cranfield.

Results from both flights, we are told, revealed the presence of sulphur dioxide and a number of layers of volcanic ash of varying sizes between ground level and 20,000 feet. "These discreet layers of fine material are particularly difficult to spot with the naked eye," we were also told, indicating that the levels of ash must have been very low.

Therein lies the mystery. Why did NERC claim that the aircraft was going to fly on 15 April, when in fact it did not fly until the 18 April, and why did the Met Office not only claim the aircraft had flown on the 15th but the day after, thus claiming that its model had been validated?

This gets even more bizarre when the Met Office's own website refers to flights on the Sunday and Monday (although referring to "earlier flights"), further complicating the issue by attributing one flight to the BAE-146, which first flew only on the Tuesday.

As to the whereabouts of the Dornier, the ARSF website tells us that the aircraft was scheduled to deploy to Antigua on 1 March to a base to support a survey of Monserrat, returning on 21 March. It was then to spend its time on "early season projects", covering research projects being conducted on Salisbury Plain, in Wales, Northumbria and Cumbria.

Why then was it not available on 15 April to carry out ash plume sampling, and why did the aircraft not fly until the 18th? And why, incidentally, was it then operating out of Cranfield, when its home base is in Gloucester? Limited though the aircraft is, its input in those early days could have been critical but, during that time, one of our Dorniers (our only one) was missing.