The great drought (not) 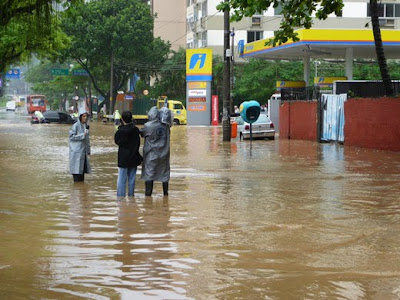 Reading the warmist literature on Brazil, you would find it difficult to avoid the impression that that Amazon rain forest was in the grip of perpetual drought, on the brink of collapse. But, as we remarked earlier, warmist history stops in 2005 in the year of the last great drought. Since then, though, we have seen record rainfall.

And the rain doth continue. From The Times and other sources, we learn that up to 100 people have died in Brazil after the most intense rains in half a century turned roads into rivers, triggering flooding and mudslides.

A state of emergency has been declared in the Rio de Janeiro area where most of the mudslides occurred. Officials have warned that the death toll of 95 will probably rise and Rio de Janeiro Mayor Eduardo Paes has made a statement saying: "The situation is chaos. All the major streets of the city are closed because of the floods. Each and every person who attempts to enter them will be at enormous risk.''

The local weather service reports that the rainfall recorded was twice the amount normally registered for the whole month of April. The head of Rio de Janeiro's civil defence department told TV Globo the amount of rain that had fallen was "more than any city is capable of supporting". 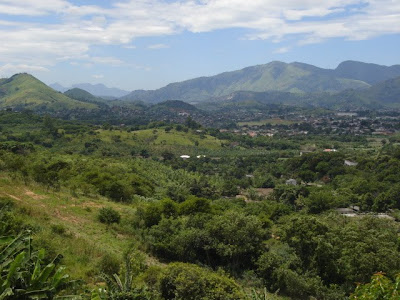 And although the municipality of Rio de Janeiro lies to the south of the Amazon basin, it still has great areas of tropical rainforest, comprising the Mendanha Forest (pictured above), the Pedra Branca (White Rock) Forest and the Tijuca (Swampland) Forest. From a climatic perspective, these are in robustly good health, as the 2007 photograph above indicates.

That the health of the forest has almost become a state secret in warmist circles is readily explained by the REDD agenda, which also explains the determination of the warmists not to conceded any ground whatsoever on "Amazongate".

But quite how important REDD has become is revealed in this startlingly frank piece which clearly indicates that the hopes of a new climate treaty are resting on it.

The crucial role of REDD has been dangerously underestimated by the sceptic "community", which has largely failed to realise its significance. However, as our warmist piece explains, the CDM has not been able to deliver the cash flow needed to sustain their cause. REDD is seen as the only mechanism capable of doing this, producing wholesale quantities of carbon credits to supply the demand manufactured by cap and trade. They are two halves of the same coin.

But, for this to succeed, even more important than the Polar Bears facing extinction, the rain forest must be seen to be under threat from climate change. Hence, the warmist world will forever be frozen in a time-warp in which the clocks stopped in 2005 - until another periodic drought happens along, when the clock can lurch forward again.