Not our own masters 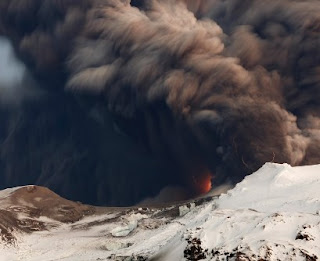 My article in the Mail on Sunday seems to have evoked a substantial number of hostile and some abusive comments.

Right now, though, my view that the complete closure of UK (and European) airspace might have been an over-reaction seems to be gaining some support, with reports such as this in the Los Angeles Times and Flight International, the latter talking of a "backlash".

It seems also that UK airline pilots are questioning the ban, with their union BALPA seeking clarification on whether the UK air navigation service NATS and the country's meteorological office have consulted with other authorities experienced in ash-cloud analysis.

"Pilots will want to know on what basis the decision to re-open is being taken," says BALPA general secretary Jim McAuslan, adding that the union needs to understand the specific criteria involved and whether the safety assessment is founded on computer models or flight-testing.

This is something of a loaded statement, as all the indications are that assessments are made primarily on the basis of computer models. They are run by the London Volcanic Ash Advisory Centre, part of the Met Office – the very same that brought us computer modelled global warming.

The model used is called the NAME atmospheric dispersion model. This, and similar models, we are told, are well proven and are used to predict the spread of pollutants following a chemical or nuclear leak or even the spread of airborne diseases. Thus, this is a model initially devised for a different purpose, forecasting the spread of volcanic ash plumes.

What is interesting us that the FAA in the United States uses a different model, operated by NOAA, called HYSPLIT. But it also seems to be the case that reliance is also placed on actual airborne sampling, in making grounding decisions.

For the moment, though, the politicians are relying on Met Office advice, with Lord Adonis at pains to tell the media yesterday that its view was that it was still not safe to fly. But, with BA also having carried out a test flight and reporting no adverse effects, this stance is getting harder to sustain.

Thus, the situation is no longer being left to the bureaucrats and is entering the political domain, with even the Tories taking a view. Shadow Transport Secretary Theresa Villiers has issued an eight point plan to tackle the crisis.

EU Transport Commissioner Siim Kallas is feeling the pressure, declaring that the current situation of air travel chaos in Europe is "not sustainable", while British ministers are openly stating that EU ministers must review the rules.

And therein lie the clues that we are not entirely our own masters on this. The plan we are working to comes within the EU's "single sky" framework and is dictated by Eurocontrol, on the back of IACO guidelines.

This gives our prime minister very little flexibility, as he will have to defer to his European masters, rather than act unilaterally. Nevertheless, he is chairing a meeting of the emergency COBRA committee this morning, and may have some news to offer the hard-pressed aviation industry and its customers.

Having now moved to the top of the news agenda, the issue is displacing much of the election news, but may itself become an election issue – possibly to Mr Brown's advantage, who has the opportunity to grab the attention and the headlines, as he comes to the "rescue" once again.

But what neither he nor the Tories will point out that the very guidelines that have created this mess were brokered by the EU, under the aegis of Eurocontrol, and that we have very little room for manoeuvre. Clearly, a general election period is not the right time to trouble voters with such details.