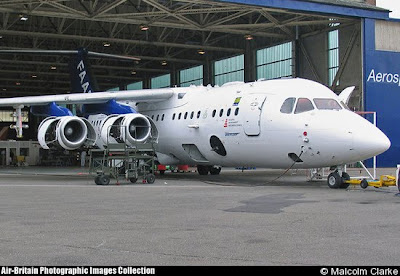 Picking up from the overnight post, I have been struggling to make sense of the increasingly convoluted story of the great volcano ash crisis.

Currently, we have chief executive of British Airways asserting that the ban was unnecessary, the Conservatives are calling it a "fiasco" and even Bullshit Boris is getting in on the act, belatedly questioning the "science" behind the ban, asking "whether we are absolutely certain that the initial decision taken to close down UK aviation at this level of risk was correct".

It is absolutely typical of Boris Johnson to pick up the wrong end of the stick, a politician focusing on the science when, at its heart, this is a matter of governance and the complex but increasingly important issue of the interface between politics and science.

To add to the confusion, transport secretary Lord Adonis has popped up with the admission that the government had been "too cautious" in its decision to keep British airspace closed for six days. "I think it's fair to say that we have been too cautious. 'We' being the international safety regulators", he said.

Earlier, we had the same man denying that the government had succumbed to pressure from the airline industry to reopen British airspace, claiming that "safety considerations" rather than industry lobbying led to the abrupt reopening of the skies last night.

Adonis claimed that the turning point in the crisis was a meeting of European transport ministers on Monday, after which restrictions across the continent began to ease. He continued with the absolute money quote: "The rules are matters for the safety regulators and as a politician I don't second-guess safety regulators. They need to account for themselves as to why they have changed their advice."

Thus does Adonis weave a tangled web, even further confused by knowing little girlie presenters (of both sexes) putting up a show of pretending that they know what they are talking about, as they let the Civil Aviation Authority (CAA) prattle on about ash concentration, as if that was the key issue which dictated the lifting of the ban.

Spinning furiously, we have CAA telling us that the decision was made last night to move from a policy of "zero tolerance" of ash in aircraft engines to a "limited tolerance", allowing flights to pass through areas of low ash concentration. According to Sky News, the normal concentration of particles in the atmosphere is around 10 micrograms per cubic metre - however, this would not be ash but rather pollen and bacteria.

A spokesperson from the CAA said: "It wasn't a sudden decision we made yesterday, it was a decision we were working towards for a number of days in conjunction with manufacturers."

Important though it is – this is a downstream decision and obscures the process which led to the imposition of the ban in the first place. As we have explored earlier, it arose from the implementation of ICAO guidelines, which effectively require ash cloud forecast areas to become the flight exclusion areas. As the ash cloud spread across the whole of the UK, it this became inevitable that the whole of the aviation industry would be shut down.

In an emergency or crisis situation – as transpired last Thursday when the ban was imposed – one would expect the authorities to follow pre-prepared guidelines and procedures, and that is exactly what the NATS did. In that context they cannot really be faulted. Where the fault must lie therefore – as the guidelines turned out to be flawed – is in the preparation and approval of those guidelines.

Here, the situation becomes extremely complex because we are dealing with a toxic mix of international and national agencies, the EU, and national governments, all sharing the responsibilities. And, as is so often the case, where responsibility is shared, no one ends up taking the blame.

Even then, when one examines the guidelines, and the faults so readily become apparent, one must ask whether it would have been feasible or politically practical to deliver anything other than what was actually produced. That is the territory that I have been exploring, and where I have been seriously struggling.

In essence, the basic control model relies on the ash dispersion forecast, which in the UK (and elsewhere) is generated by a computer model, itself based on a series of assumptions which may or may not apply. The essence of this model is set out not in guidelines, but in an ICAO manual, that format being chosen to allow for local flexibility and for increasing knowledge and experience to be factored in.

Underpinning the control model seems to be the assumption that an eruption is a short-lived, discrete episode, for which dispersion models have a good track record of predicting ash cloud movements. However, gleaned from diverse sources seems also to be an acknowledgement that the accuracy of the models decay with time, to the extent that we see a reference which seems to suggest that they are only really valid for about 72 hours.

That notwithstanding, it is a matter of fairly reasonable assumption that accuracy must decay over both time and distance, to the point where critical decisions cannot be based entirely on model projections. They must be supplemented by physical measurements – either ground-based sensors or airborne sampling.

It is here that real problems begin to emerge. As indicated by Der Spiegel, the physical measurement system is ramshackle and unreliable. And, when it comes to airborne sampling, my own researches suggest that there are probably no more than six specialist aircraft, across the whole of Europe, capable of carrying out ash sampling.

We are thus in a situation where separately and collectively, the nations of Europe were wholly unprepared properly to monitor this spreading ash cloud and, perforce, until three sampling sorties were actually flown, first by the Dutch, then the Germans and the British, governments and regulatory authorities had no option but to rely on the computer models.

Jo Gillespie, a member of the International Advisory Committee on Flight Safety seems to agree. "Military and research aircraft should have been sent straight up to determine the nature of this ash cloud. The density and the make-up of the cloud is what matters and that information has just not been available," he said.

Where this gets interesting – and frustrating in equal measure – is that nowhere can I find, and certainly not in official literature, any reference to the logical step of confirming model projections with physical measurements, which invites the questions as to why this step has been omitted.

On the one hand, it could be possible that confidence in the models is so great that it was not thought necessary to specify confirmation procedures. But so obvious is the need that one suspects more sinister motivations for the omission. Basically, to have maintained an effective physical monitoring system would have required considerable expenditure by the different governments – possibly to the tune of millions per year.

But, as Der Speigel points out, there has been enormous pressure to cut back on such capabilities. And there we have the obvious contrast. With money being thrown at climate change research and monitoring – the British Met Office having received over £200 million for that purpose – other meteorological services – like volcano ash monitoring – have been starved of funds.

One can see a situation, therefore, where physical monitoring has not been included as a requirement in the ICAO manual because it would embarrass member states and force on them expenditure that they have been reluctant to make.

That much is conjecture, but over term we have indeed seen successive governments cut back on research aircraft, to the extent that, at the start of the crisis, only one inadequate aircraft was available in the UK – a Dornier 228. The main asset, a specially equipped BAE-146 (pictured), was stripped down in a hanger, being repainted. Little do we realise quite how denuded such vital but Cinderella services have become, until of course it is too late, whence the catastrophic effects become all too clear.

Needless to say, though, the EU is quick to capitalise on the lack of capability arguing – as always – that we need "more Europe" to resolve these problems in the future. And, with member states having made such a poor fist of the crisis, it is going to be very hard to argue against such a seductive proposition.

Picture copyright © Malcolm Clarke 2010 – used with permission and thanks.