Oxburgh – not a whitewash 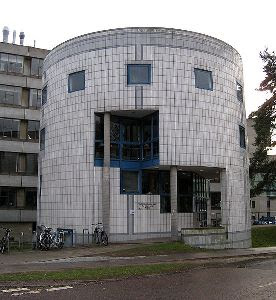 Although seen and widely reported as once again exonerating the CRU scientists at the centre of the "Climategate" scandal, it is important to note that the so-called Oxburgh report, published today, had a very limited brief.

The essence of the criticism that the Panel was asked to address – or so it tells us - was whether climatic data had been "dishonestly selected, manipulated and/or presented to arrive at pre-determined conclusions that were not compatible with a fair interpretation of the original data."

The Panel, we are reminded, was not concerned with "the question of whether the conclusions of the published research were correct." Rather "it was asked to come to a view on the integrity of the Unit's research and whether as far as could be determined the conclusions represented an honest and scientifically justified interpretation of the data."

With such a limited remit, its substantive conclusion was that, it "saw no evidence of any deliberate scientific malpractice in any of the work of the Climatic Research Unit". Offering more than a minor hostage to fortune, it then goes on to say that: "had it been there we believe that it is likely that we would have detected it."

Rather, the Panel concludes, "we found a small group of dedicated if slightly disorganised researchers who were ill-prepared for being the focus of public attention. As with many small research groups their internal procedures were rather informal."

In response, it comes as little surprise to find that Steve McIntyre is rather less than impressed, and in particular for one very good reason.

Perversely, Oxburgh and his merry men, in their rush to give the CRU a clean bill of health, make an entirely false distinction between the unit's output – which they say drew attention to the limitations of and uncertainties in their work – and the work by the IPCC and others which "have sometimes neglected to highlight this issue."

What McIntyre quite rightly points out is that, in terms of the temperature records produced, the CRU and the IPCC were effectively one and the same – the responsibility for the IPCC's output rested largely with Briffa and Jones. They, along with Michael Mann, actively prevented the limitations of and uncertainties in their work being included in the IPCC reports.

This, more than anything, is what is seen to turn the Oxburgh report into what could be called a "whitewash", although a commenter in The Daily Telegraph offers the words: "systemic political corruption".

On the face of it, it is hard to disagree with this. As McIntyre notes, the Panel was announced on 22 March and its report is dated 12 April – three weeks end-to-end. They took no evidence and their list of references is 11 CRU papers, five on tree rings, six on CRUTEM. Notably missing are the 1000-year reconstructions, which must count as the most controversial and influential pieces of work produced by the unit.

Had the Panel been serious in its endeavour, it would most certainly have interviewed (or at least communicated with) McIntyre, and possibly Andrew Montford, of Bishop Hill fame. But it did neither. In fact, all it did was interview members of the CRU. On these grounds, the Panel fails and fails dismally.

However, while the failures are obvious and manifold, there is something of the Curates's egg in the report. For instance, there are the references to the equivocal nature of the science. In selecting the appropriate data, "a great deal of judgement has to be used", says the Panel, what to use and discard are "all matters of experience and judgement" and "the potential for misleading results arising from selection bias is very great in this area."

These comments need to be put in context with the second of the Panel's conclusions. Surprise is expressed that research in an area that depends so heavily on statistical methods was not carried out in close collaboration with professional statisticians.

There would be mutual benefit, the Panel says, if there were closer collaboration and interaction between CRU and a much wider scientific group outside the relatively small international circle of temperature specialists.

Such is the nearest thing one finds to real criticism, but the lines are broad and reading between them suggests the recognition of a major failure in the use of statistical techniques.

Thus, we can put together a picture of the selection of data requiring "a great deal of judgement" which is extremely prone to selection bias, which was then subject to statistical techniques without the input from professional statisticians. And on top of that, there is an acknowledgement that judgemental decisions made had not been properly recorded, so that the work could be replicated by others.

Even in the limited terms of this report, therefore, we have serious doubt cast upon the adequacy of the CRU's work, with the only substantive finding being that any misrepresentation was not "deliberate". Whether it was or not, there is enough there to suggest that this is not work on which it would be safe to base policy decisions which are set to cost trillions of dollars and caused major economic disruptions.

Alarmingly, though, while the egregious Louise Gray in her report in The Daily Telegraph does not see it that way.

She is forced to concede that the scientists had been criticised for being "naive" and "disorganised", but then goes on to say that there was no evidence of "deliberate scientific malpractice". From this, she concludes (her words) that "the conclusion that mankind is causing global warming is probably correct."

Not by any stretch of the imagination can this be supported, especially as the Panel – as we saw – set out to exclude from its brief "the question of whether the conclusions of the published research were correct." Gray has crossed the line and gone well over it, injecting falsehood into a news report.

However, Gray is not alone. The Nature blog headlines: "science solid despite lack of statistical know-how", which again cannot be imputed from the report.

At least though, the Telegraph leader notes that the findings of the Oxburgh inquiry are not an excuse for again closing down the climate-change debate to the exclusion of those who take a sceptical attitude to what is arguably the most important issue facing the world.

That much is true, but much more could and should be read into the report. Thus to brand it simply as a "whitewash" and to dismiss it entirely on those grounds would be a disservice to the sceptic cause. There is much that is useable in the report which, although muted, is nevertheless, an indictment of the CRU and climate science. To that extent, it is not a whitewash.