A degree of overstatement

I woke late this morning and staggered to the shop to collect the newspaper. Scanning the headline, through bleary eyes and half-engaged brain, my heart skipped a beat. "What have I missed?" I thought. "Has the euro finally crashed ... has war been declared ... has the Royal Flight crashed and burned, with the Queen on board?" 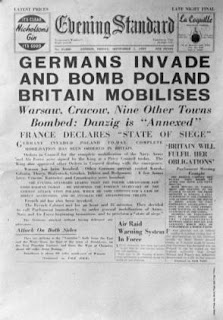 One had to turn the paper over to see the substance of the "disaster". This is almost unbelievable ... today marks the day when the media marked its progression to the bottom, demonstrating with absolutely clarity that it has totally lost the plot.

Whatever your views on the issue, compare and contrast the headline in the Evening Standard for 1 September 1939, the day that Hitler's forces invaded Poland. And alongside is the news of the foundering of the Titanic on the front page of The New York Times. 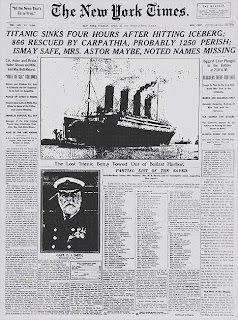 There is something terribly, terribly wrong when the media can take such a minor event in the grander scheme of things and inflate it out of all proportion. When confronted with a real disaster, what does it do then?

But, more importantly, it betrays a mindset. This is "bubblespeak", where the political claque, of which the media has become part, has become so wrapped up in its soap opera that it has lost the ability to discriminate, to see and understand what really is important.

By that measure, today's front page will become a collector's item – treasured by historians to come, marking a passage into puerility from which it scarce seems possible that we can escape.