Below is the electricty demand curve for the duration of the "great debate" between three of the party political leaders: Brown, Cameron and Clegg. Each graph shows the preceeding hour's demand, with a new graph at increments of ten minutes. 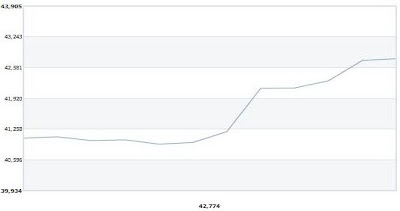 1. The timing starts here at 8.30pm with the graph showing the demand for the previous hour. The time-span of this graph, therefore, is 7.30 to 8.30pm. 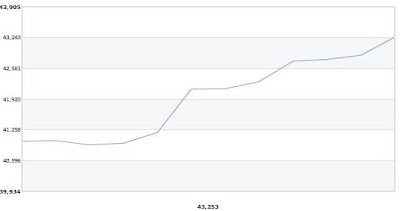 2. Ten minutes in ... look at the right-hand segment of the graph, the two five-minute increments - demand is increasing ... presumably viewers tuning in. 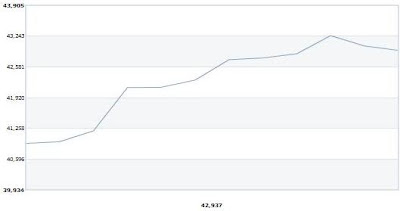 3. Twenty minutes in ... demand tails off - are fewer people watching? 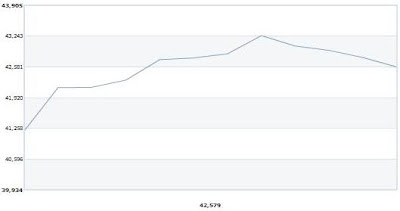 4. Thirty minutes in ... it is now 9.00pm. Demand over the previous ten minutes is slackening off at a slightly faster rate. 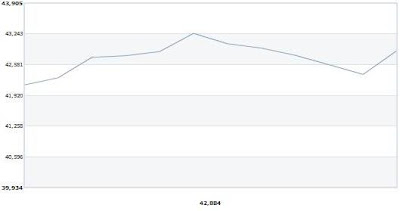 5. The big switch-off ... 9.00-9.10 pm. The sudden spike in the second five-minute segment is a classic sign of a programme ending and people switching off ... the kettles go on for a cup of tea or coffee. 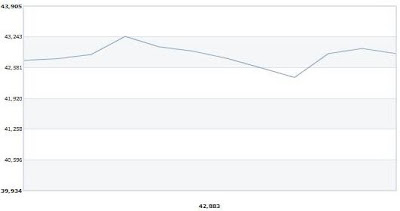 6. Fifty minutes into the debate ... after the spike, demand tips into a decline. 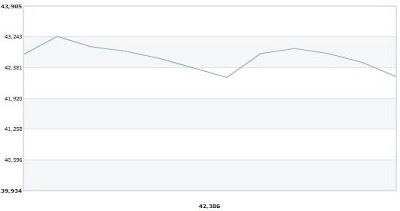 7. It is now 9.30pm - an hour into the debate, so the graph shows the profile for the first hour ... half an hour to go. Demand is tipping decisively down. 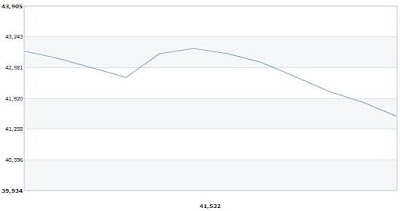 8. One hour ten minutes into the debate ... you see the previous hour's demand, and in the last ten minutes demand has continued its decline. 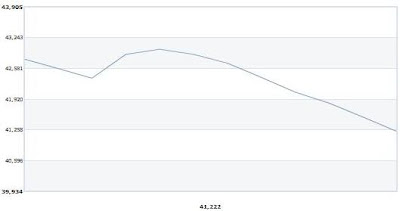 9. One hour twenty in ... ten minutes to go, the slide continues with demand below the level at the start of the debate. 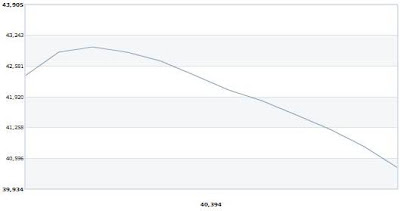 10. And the last ten minutes ... the slide continues to the end. Demand dropped over 2GW through the debate ... that is half the output from Drax. At least the leaders were cutting their carbon footprint. 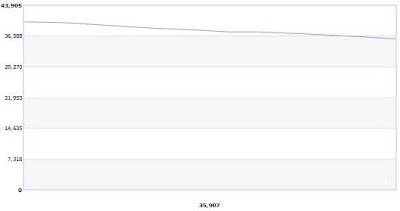 11. And finally ... the hour after the debate. There is no end-of-programme spike, just a continuing decline in demand - an entirely typical end-of-evening profile. If history was made, the National Grid does not seem to have recorded it.