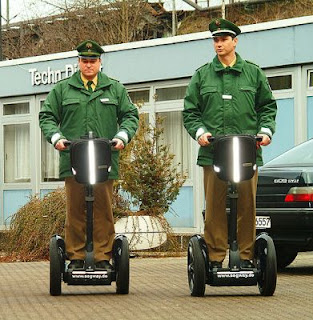 German police and tax officials have raided offices of Deutsche Bank and RWE in an investigation of an €180million fraud involving carbon credits. Both firms, we are told, insist they are not the target of the probe which has so far led to 230 offices and homes being raided, with up to 150 suspects at 50 companies being targeted.

The investigation is the largest carbon market probe to date and follows a series of raids across Europe designed to tackle our old friend carousel fraud. In this particular version, carbon traders collect VAT on traded carbon credits before disappearing without handing the tax revenue to the exchequer.

To that extent, the fact that carbon credits are involved is an irrelevance. In recent times, mobile phones and computer chips have been the vehicles for the fraud. With special rules now applying to these products, it was inevitable that fraudsters would find another target – and carbon credits are it.

Current estimates of losses to this fraud for last year stand at €5bn (£4.3bn) and, as I keep pointing out, this is real money, and on a scale far greater than your common-or-garden bank raid.

Henry Derwent, chief executive of the International Emissions Trading Association, has welcomed the investigation and urged the authorities to come down hard on anyone found guilty of carbon fraud. He is worried that this fraud has "quite unfairly damaged the perception of the European emissions trading scheme and potentially carbon trading as a whole."

There is no reason why this should be the case, though – any more than the fraud has damaged mobile phones or computer chips or, for that matter, the reputation of VAT which is so inherently prone to fraud that it should have been ditched long ago.

However, perhaps the real reason for the sloth of the authorities is that the fraud is providing plenty of "green jobs". That the "workers" are the German police, who coincidentally wear green uniforms, is neither here nor there.