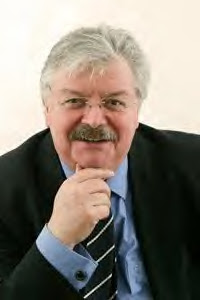 As it happens I am not going to write about the Conservative Party though I cannot help wondering about the political strategy there. First the Boy-King makes a great hullabaloo of all the policy commissions that are going to produce various ideas though while he did not simply use papers and ideas already discussed by existing think-tanks remains a mystery.

Then the commissions produce their reports and send them to the Leader and the Shadow Cabinet who are all given the chance to make comments and to prevent the publication of any really silly notions.

Then the reports are either leaked or pre-empted by empty blather as in the case of the education one. Then the reports are published and about half of them produce a public outcry, forcing the Boy-King to retract, back-pedal and pretend that none of this is of the slightest importance. So why were those reports not vetted a little more carefully?

Even this, however, pales into insignificance when compared with the stupidity of the Socialist Mayor of Brussels, Freddy Thielemans and his colleagues. The man’s lack of brains clearly equals his lack of political honesty.

Let us recall that this is the man who demanded champagne at a cocktail party in France to celebrate the death of Pope John Paul II. While this can be interpreted as a mere anti-Christian religion statement (I bet he won’t be ordering champagne on the anniversary of the Prophet Mohammed’s death), I think there is more to it than that.

However anti-Christian or anti-Catholic one is, except for complete boneheaded stupidity, there is no reason to suppose that the Church will not survive the death of one, rather aged Pope. But John Paul II was something else as well. He was one of those who played a crucial part in the defeat of Communism and the likes of Freddy Thielemans are not likely to forgive him that.

As we know, the brouhaha about the banned demo and the violence yesterday on the streets and squares of Brussels were started by M Thielemans banning the anti-Islamization of Europe demonstration that had expected to have about 20,000 attendees, all of whom had undertaken to behave peacefully and obey the law.

He did not ban the demo because there were fears that neo-Nazis might take advantage of it; he banned it because he thought it might upset some people, namely Muslims who might very well vote for him and his party. Not that he put it that way.

In any case the threat of neo-Nazis taking part is spurious. The organizers of a demonstration undertake to keep control of their followers and to ensure that they stay within certain parameters. If they fail to do so, they can be punished but not pre-empted.

We updated regularly about the subsequent events with a posting yesterday about the rather truncated demonstration. Unless Thielemans does want to push forward the break-up of Belgium (not, I should have thought, a particularly sensible idea, given who pays the bulk of the tax) he has achieved the opposite of what he wanted.

Had the demonstration gone ahead few people would have paid attention unless the numbers had grown into a million or more with counter-demonstrators and fights with police having to separate the various groups.

As it is, the story made news all over the world with emphasis on police brutality and Walloon nastiness and arrogance. There was an article in the Wall Street Journal a week or so ago.

American blogs picked it up. Here is Michelle’s posting together with links to other blogs. And of course there are the pictures and videos on Brussels Journal [warning: some of them are quite unpleasant] and England Expects. There may be other reports I have missed and several links have already been put up by our readers on the forum.

Clearly, the media in Belgium is covering the events extensively and in some detail. The preponderance of French-speaking police officers targeting Vlaams Belang members has not been missed. Whatever pain these people have experienced – and some of that looks very painful not to mention what we cannot see inside the vans – the leaders of Vlaams Belang can congratulate themselves on the stupidity of their enemy.

Franco Frattini, the Justice, Freedom and Security Commissar has tut-tutted about the ban, saying that no demonstration should be banned unless it is likely to be violent or neo-Nazi. Presumably, supporters of any other despicable and murderous regime are all right with the Commissar.

Some of the East Europeans are joining in the fight. In the words of Al Jolson: "You ain't seen nothing yet".