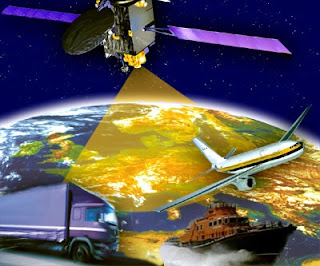 Nicely timed to coincide with an announcement from Jacques "Wheel" Barrot that the commission is to go ahead with public funding for its Galileo satellite positioning system, the UK government has sent all British MEPs a briefing re-iterating its own stance that the system should be financed only through a PFI agreement.

Ignoring the British government completely, our real government, therefore, is proposing to raid the EU budget for €2.4 billion, after the private partnership plan fell apart when the commercial partners concluded that the commercial model was irretrievably flawed.

Reuters is reporting that the immediate financing will come from the EU agricultural budget. This is in fact made possible by soaring grain prices arising for commodity shortages, which means that cash set-aside for intervention payments will not be needed. Other funds, we are told, will come from the EU's research budget, to the tune of €300 million.

The proposal must still be approved by the Council of Ministers and the transfer of funds from other budgets may be of dubious legality, which means that the proposal could fall apart – but for one thing which commentators seem to be missing.

In the new "reform" treaty – lifted straight out of the EU constitution draft – is the inclusion of a space policy as a new commission competence. This will permit the commission formally to allocate a budget to the Galileo programme. Further, budgetary decisions will come under the qualified majority voting provisions and Britain – with only eight percent of the vote – will be powerless to block it.

Despite disapproving of the current arrangements to ensure that the EU's ultimate "vanity project" takes to the skies, our own provincial government is reduced to the status of a powerless bystander while the "colleagues" indulge their fantasy with taxpayers' money.

Short of an injection of the political equivalent of Viagra, therefore, our government has been reduced to impotency.