The end of hope 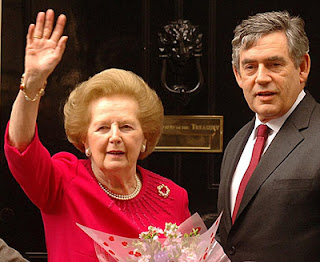 So, the current Conservative Home survey of grassroots members has them putting a referendum on the EU Treaty as the top pledge that they would like to see in the Conservative manifesto, attracting 91 percent support.

How apposite then that Lady Thatcher should have come out in support of The Sun's campaign, reported today by the Daily Mail, with the former premier urging Brown to allow a referendum – thus proving that she still keeps that magic political gift of sensing the mood of the people.

Reported also by The Daily Telegraph (which manages, once again to avoid mentioning The Sun), she tells Brown not to ignore voters' anxieties and that he should not be fooled by assurances from Brussels that the changes to the treaty are "technical", or that the existing opt-outs are sufficient to protect British sovereignty.

"Yet again," she adds, "the British people are being told that the changes in the Treaty are not important, that they are technical, and that in any case we have either blocked or gained opt-outs in all the worst cases." And, in a sentiment that we can only applaud, she continues: "Well, we've heard it all before only to see more and more powers grabbed by Brussels."

One again though, the puzzle is that, if this does articulate the sentiments of the British people (and there are any number of polls that tells us it does) – and David Cameron clearly supports a referendum – why is it that the Conservatives are doing so badly in the polls? 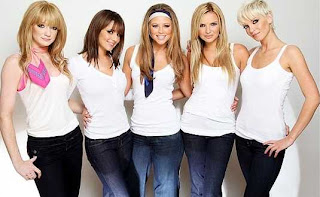 Is it because, as North Jnr asserts, we still don't trust him, is it because domestic issues hold greater sway and that the referendum campaign (the latest example from the Sun illustrated) is just a media "storm"?

Certainly, there is genuine concern out there for, away from the hype of The Sun, the No.10 petition - with no media promotion at all – has finally broken the 20,000 barrier, slightly ahead of The Sun's on-line count - which stands (at the time of writing) at 19,426 – and the I want a referendum effort, which seems to have stalled at 18,781.

As election fever intensifies over the weekend, however – with a torrent of coverage expected in the Sundays, an air of gloom descends on the Tories in the certain expectation of two things: an early election, and a complete wipe out. We would like to think that the Tory support for a referendum could make the difference and salvage Cameron's declining fortunes, but life ain't like that. The Boy has completely blown it, as we always knew he would.

But, not only will a Tory defeat mean the end of Cameron, it will also mean the end of any hopes we ever had of a referendum. Not even Lady Thatcher can change that dismal prognosis – it will be the end of hope.