Nice work if you can get it 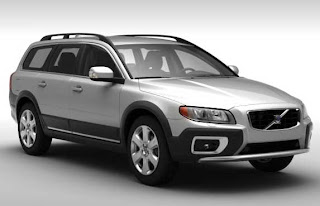 It was only Thursday when we were joining in the throng, sympathising with the local constabularies about the costs they were having to bear dealing with immigrants on their patches.

But now, it appears that the leader of the pack, Cambridgeshire Constabulary (Creating a safer Cambridgeshire) is somewhat less cash-strapped than Chief Constable Julie Spence would have us believe. 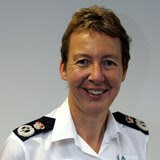 Although she pleads eloquently on the force website for "more coppers for coppers", according to the Sunday Times she has also been able to "invest" in a fleet of 21 luxury Volvo XC70 estates for her senior officers, spending £500,000 from the police budget.

The cars are supplied to all the force's superintendents and chief superintendents, partly as a perk to attract new recruits. The officers are allowed to use the cars for holidays, shopping trips and other "social and domestic pleasure" purposes as well as when they are on duty – where, no doubt, they spend most of the time in the car parks.

Costing a mere £33,500 each (with discounts for quantity), the Sunday Times notes that, in the words of Volvo's marketing literature, these upmarket vehicles "aim to spoil".

They can hardly spoil the now tarnished relationship between ordinary people and the police though – who cannot seem to afford real policemen to rescue drowning boys, but it does reinforce the "us and them" culture which seems to characterise so-called "public service".

As Booker remarks in his column today, "it seems, when the political class that now rules our lives chooses to exercise its power, the police see their role as not to hold the ring but merely to act rather too enthusiastically in its support." It is only fitting, I suppose, that their bosses should be rewarded with luxury cars for their troubles.