This is very worrying 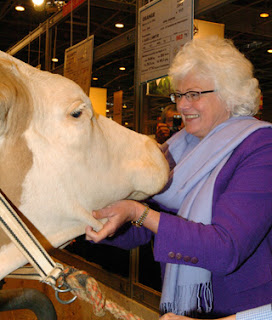 Evidence is beginning to accumulate to suggest that, not only has the EU's management of grain stocks been deficient, but its proposed emergency measures to bring more grain onto the market and stabilise food prices is going to be completely ineffective.

More worrying still, the EU commission is showing every sign that it has not the faintest idea of what is going on. As a result, we are set to see spiralling increases in the price of basic food commodities and there is the very real prospect of shortages.

It was only a few days ago that we reported that the EU commission had so misjudged the grain supply that it had sold off the bulk of grain stocks last year, in anticipation of a "bumper harvest" that has not materialised.

Yesterday, however, in a widely anticipated emergency move, the commission proposed the removal of the compulsory set-aside requirement for the next planting season - a requirement which currently takes ten percent of land out of food production.

This news has received limited media coverage, notably the BBC and The Guardian, the latter reporting EU agriculture commissioner Mariann Fischer Boel's comments (pictured on the right in the photograph). She says that this will release up to seven of the ten million acres now under obligatory set-aside and produce 10-17million tons more grain.

The problem though – of which the commissioner seems to be wholly unaware – is that by far the bulk of set-aside is not available, being already dedicated to non-food production. This we have noted before, in the context of the land being used for biofuels production, but that is by no means the only use.

According to the commission's own website, such uses include the production of textile fibres (flax, cotton and hemp), starch for industrial use, vegetable oils, chemical and pharmaceutical products and medicinal plants. Maize is also produced, not only for bio-energy but for several industrial processes such as surface finishing and heat and sound insulation. Maize particles can also be used in the packing industry for fragile goods. 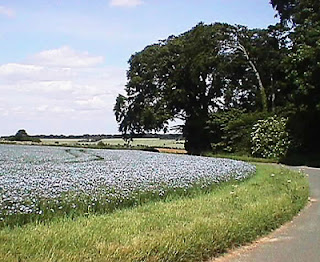 Additionally, there is widespread growing of linseed, with the oil used for paint products and a co-adhesive in popular fibreboard. It also replaces some solvents and petroleum-based chemicals in the products' formulations, and is used in linoleum flooring. Thus, rather than the popular view of an uncultivated, weed-filled land, this bucolic scene in Gloucestershire (right) is more likely to represent a set-aside area.

As well as these industrial products, farmers are also permitted to grow a wide range of crops for the production of processed animal feed and, although use of set-aside for these purposes, and particularly for biofuels, has been slow to develop – largely due to the bureaucratic obstacles and poor prices, more recently we have seen explosive growth in the non-food sector.

Thus, while in 1993/94, 17 percent of set-aside was under production (EU-12) it rose to 44 percent in 1995/96 (EU-15) and while it dropped to 20 percent for some years, the combination of increased demand for biofuels and the CAP reforms which brought about the Single Farm Payment scheme opened the floodgates. Currently, therefore, the bulk of usable set-aside land is under cultivation and, in 2006 the commission was reporting that more than 95 percent of the non-food set-aside areas were dedicated to energy crops.

As if this was not enough, the EU has been actively subsidising the conversion of productive agricultural land, to the tune of €18 per acre (on top of existing subsidies) with a view to turning 3.75 million acres to crops needed for biofuel.

One would have thought that commissioner Mariann Fischer Boel could not possibly be unaware of this as the non-food uses of agricultural land have been a core policy of the EU since 1993. Further, one would also have thought that she would have been aware that most of this land is tied up in long-term contracts and, even if production was switched, the shortfall would have to be made up from imports or from the conversion of land at present used for food crops.

With that knowledge, she would thus know that her predictions for increases in food production through the release of set-aside are fantasy. They cannot possibly be achieved. It therefore begs the questions as to whether she is in fact aware of the consequences of the EU's policy or whether she is deliberately disregarding them. 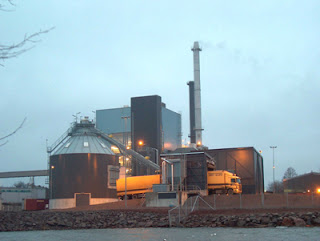 Yet, on a day when the commissioner seems to be dwelling in a fantasy world, there has been a "pasta strike" in Italy in protest at a 20 percent leap in prices in durum wheat. The leading UK bread supplier Premier Foods is complaining of runaway prices and the OECD is warning that governments needed to scrap subsidies for biofuels, or the "current rush" to support alternative energy sources would lead to surging food prices and the potential destruction of natural habitat.

Now, therefore, would be a good time for realism from the commission – our government – but realism there was none. Nor indeed does the media seem to recognise or understand the parlous state in which we are finding ourselves, viz the IHT, which like most others, is taking the commission pronouncement at face value.

In fact, so distant is the commission from reality that, even today, it was defending its biofuel policy, with no sign that it is reconsidering its 10 percent biofuels quota, which will make the food supply situation even more perilous.

That our government in Brussels - which has exclusive competence on agriculture policy - seems to have lost its grip is indeed very worrying.