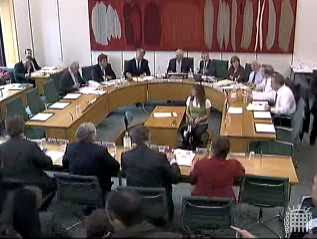 From viewing the video of yesterday's House of Commons Treasury Committee hearing, there can be absolutely no doubt about what the Governor of the Bank of England, Mervyn King, wanted to say.

Only eleven minutes into the two-hour hearing, he was telling members, "The main point I wish to make to you this morning…" and when he was interrupted by committee chairman John McFall, he immediately resumed with the words, "The most important point I want to make…".

The point, directed at why the Northern Rock "panic" happened, was that, "the interaction between four apparently unconnected pieces of legislation prevented us from carrying out the operation we wanted to do".

King invited the committee to consider how the bank would have handled the crisis in the '90s. One option would have been to arrange a speedy take over by a "safer bank" over the weekend. That was not possible because the "takeover code" would not permit such a rapid transfer of ownership. 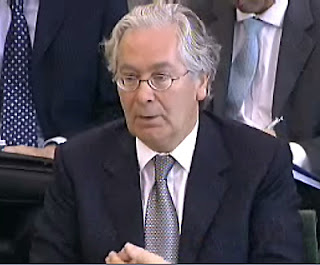 The second – and King's preferred option – was to mount covert support operation, as lender of last resort, without publishing that fact. But this was not permitted by the EU's Market Abuse Directive of 2005. Said King, "We were unable to carry out a covert operation in the way we would have done in the 1990s."

Of the two other options, one it seems, was not on the cards but King included it for completeness. The Bank could not put Northern Rock into liquidation since that course of action would have frozen the bank's deposits and stopped savers gaining access to their money.

But, once the investors became aware of the problems, the final factor magnified the crisis. This was the limitations of the depositor insurance scheme. It repays only up to £2,000 in full, and after that just 90 per cent up to £33,000 – leaving the bigger investors dangerously exposed.

As to the genesis of the crisis, therefore, the key to King's difficulties boiled down to EU Market Abuse Directive 2003/6/EC (not 2005, as King claimed), which stopped the Bank mounting a rescue operation. The dead hand of the EU, it seemed, was at the heart of the Northern Rock crisis.

However, things are not all they might seem. As the BBC was quick to report, EU experts countered that the Market Abuse Directive has specific provisions that would have allowed the Bank of England to support Northern Rock and delay making this intervention public, to which effect, the BBC cited a source at the European Commission saying: "There is no obligation for central banks to disclose its activity under the market abuse directive."

Those points were mirrored by the Bloomberg agency, which had a spokesman for the EU financial services commissioner, Charlie McCreevy, say didn't think the banking directive would constrain the UK in the way King described. 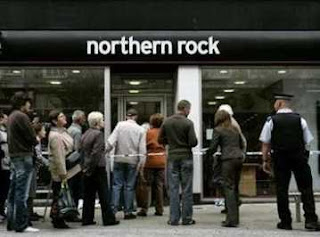 Looking at the directive, however – a law King admitted was "ambiguous", the situation is not quite as clear-cut as either King or the Commission make out. For sure, the directive requires immediate disclosure, which would have prevented King's covert operation, but there are exemptions to the rules.

The trouble is that these are not set out in the Directive, but in a separate Commission Regulation, EC No 2273/2003 and, to our reading, Article 9.3 would apply to the Northern Rock situation. This permits information to be withheld while a "stabilisation" operation is in progress, with the proviso that the details are released, "Within one week of the end of the stabilisation period…".

Right or wrong, the one thing can be said for certain is that the Governor of the Bank of England thought – or says he thought – that he was prevented from taking the optimal course of action by EU law. The Commission, on the other hand, says there was no bar to such action.

That is what we have come down to – the highest authority in the land is now so confused by the law that now applies to it that, when crucial action was necessary – it failed to take the most appropriate course of action.

This, as they say, is no way to run a railroad – much less a central bank.