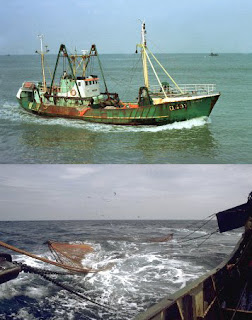 Not that we counted but, according to one report, Gordon Brown mentioned "British" or "Britishness" no less than 71 times in his conference speech last week.

It takes Booker in his column today, however, to illustrate exactly what this means in practice to our prime minister and his Labour government, in an issue where one of his ministers is allowed by EU law to prevent other countries doing serious damage to British interests, and is failing to do so.

This issue comes to a head tomorrow when, at the Department for Environment, Food and Rural Affairs (Defra), Jonathan Shaw, the fisheries minister, will meet the Bass Action Committee. This represents fishermen from all over England and is led by two Devonians, Dave Pessell and John Butterwith (who runs the North Devon Fishermen's Association).

Their problem is that, in recent years fishing for bass in Britain's coastal waters has been worth £40 million a year but 80 percent of these fish are caught by French trawlers sailing in pairs, towing nets up to half a mile long between them.

In the name of conservation, Defra has proposed a new minimum landing size for bass, significantly larger than that set by Brussels. But under the very limited powers left to Britain under the Common Fisheries Policy this can only apply to UK vessels fishing within the 12-mile limit.

The minister, writes Booker, will be shown a recent study which concludes that, if Defra enforces its new law, British fishermen will have to "discard" (ie chuck back dead) up to 45 percent of the bass they catch, whereas French vessels will catch many more fish and be free to keep almost all of them. Defra will thus force our fishermen either to destroy huge quantities of saleable fish, or to fish outside UK waters, and leave them to their French competitors.

Mr Butterwith will also raise with the minister another example of how he is helping to disadvantage British fishermen.

In the Bristol Channel between England and Wales, large Belgian trawlers have been catching huge quantities of "non-quota" fish, claiming their entry into UK waters as a "historic right", as EU law allows, because small Belgian boats traditionally fished these waters. But as Mr Butterwith has been trying to explain to Defra for more than a year, the situation has now been transformed by the much greater catching capacity of the new Belgian vessels.

At first Defra claimed that the Belgians were briefly experimenting with new nets. But a year later, their numbers have grown, and they catch so much that it threatens stocks, and the livelihood of small fishermen in Devon and in Wales. 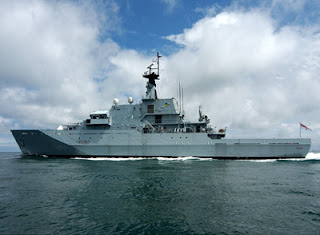 Mr Butterwith points to two Brussels documents, including Regulation 2371/2002, allowing action to be taken to "protect the traditional fishing activities of coastal communities". But in June, as he reported in Fishing News, a Defra official replied that to take action to stop the Belgians would "sour our relations with our European fishing partners". Mr Shaw has now in effect endorsed this, refusing to use his power to protect the fishing communities which depend on these waters for most of their income.

Thus Booker concludes, "We are used to our ministers obeying Brussels to the detriment of UK interests, claiming that EU law gives them no alternative. But when a minister will not use an EU law which would allow him to protect our interests - for fear of offending the 'partners' who do the damage - we have indeed come to a curious pass."

Space prevents Booker further exploring this issue but we can vouch that Mr Butterworth's problem is prevalent throughout British inshore fisheries, most of which suffer from predatory raids by boats owned or operated by variously Belgians, Dutch and French, who bend the law and occasionally break it, with our national authorities standing idly by, in their fine new patrol boats (pictured).

One of the favourite tricks is to sail exactly along the national fishing boundary - which can be done with extraordinary precision using GPS-aided navigation - and, when no official patrols are present, to dart inside national waters, scoop up a net full of fish and then turn out to sea. This behaviour has been witnessed by many British fishermen, but their complaints come to naught. You would be better off reporting a burglary to the police.

On the other hand, we continually hear reports of the officious, intrusive behaviour of British enforcement agencies, in their dealings with British fishermen, which makes the apparent laissez faire attitude when it comes to dealing with our EU "partners" all the more intolerable.

There is something very weird about the way our government and its phalanx of officials behave.