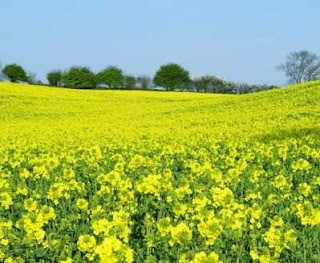 In an archetypal example of opinionated drivel, The Daily Telegraph leader today pontificates about the CAP and set-aside, redolent of the very worst of ill-informed "man-in-pub" talk.

The paper takes as its "hook" yesterday's EU agriculture council approval of the commission's proposal to suspend the requirement for compulsory set-aside of arable land, for the forthcoming planting season.

As an aside, the story itself is written up (briefly) elsewhere in the paper by Bruno Waterfield. He is a journalist for whom we have some respect, but no agriculture specialist is he. 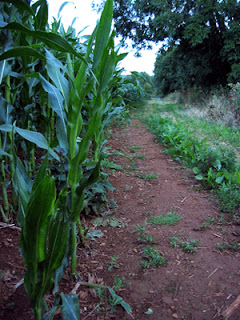 Thus, Bruno writes that EU agriculture ministers, "have suspended for one year a subsidy that pays farmers not to grow anything as they attempt to bring down soaring wheat prices," something which simply not true. Since 2005/2006, under the Single Farm Payment scheme, there has been no specific payment for set-aide, the "subsidy" being subsumed in the overall payment, with the set-aside requirement being part of what is known as "cross-compliance".

The grave error of the story, however – repeated in the leader – is that it takes at face value the commission propaganda that the release of set-aside is intended to stabilise "soaring wheat prices". This, as we have pointed out previously, is something it cannot do as most of the land is already under cultivation, dedicated to non-food crops (pictured - look at the pictures – that's your set-aside – respectively oilseed rape, maize and hemp).

This is something which the media seems to be having extraordinary difficulty in getting its head round. "Set-aside", does not mean a prohibition of cultivation. The regime was and is designed to take land out of food production as part of the historical attempts to reduce food surpluses. But it is entirely legal (and now common practice – as Booker wrote recently) for farmers to use this land for non-food uses, and especially crops for biofuels. 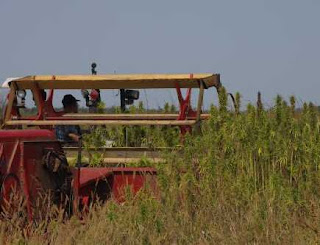 But, with the idée fix locked in the mind of the leader-writer, that somehow, this land is left idle, to the benefit of diverse flora and fauna, he (one assumes) prattles on about it affecting "bio-diversity and wildlife conservation" – from which we get a vacuous polemic about the merits of land and food management, and the CAP in general.

Unfortunately, in his story, Bruno enlists Neil Parish, Tory MEP and chairman of the EPU parliament's agriculture committee, to offer the ritual "renta-quote", this time arguing that the set-aside policy should be "scrapped". Says Parish (as quoted) "We want farmers to be more responsive to the demands of the market place … yet we are tying one hand behind their backs by forcing some of their land out of production." 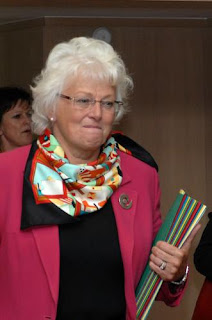 What this dismal display of ignorance conceals, of course, is that the commission has been caught out. It is thrashing around with conflicting policies, offering a band-aid to cover a gaping wound and, in so doing, concealing both a gross management failure and a complete inability to address the real and serious prospect of global food shortages.

Thus, while the stupid agriculture commissioner, Mariann Fischer Boel, preened and postured at the Council yesterday (pictured), the true dereliction of the media – and especially the so-called Eurosceptic press – becomes apparent. In failing to employ specialists (the Telegraph no longer has a dedicated farming correspondent), and failing to do its homework (reading the Booker column would be a start) it completely misses the point and lets the commission off the hook.

And, when it comes to the debate over the EU constitutional reform treaty, this is important. The CAP, like the CFP and other EU "legacy" policies, is a monument to the inefficiencies and inadequacies of the form of supranational government that is the EU. To make a case for a future free from the dead hand of the EU, all you have to do is look to the past. Yet, our media cannot even do that.