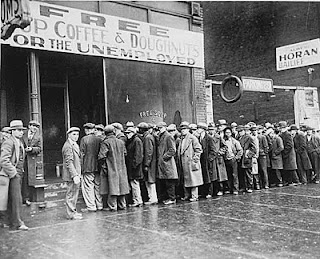 Gordon Brown, in his previous incarnation, was a lucky chancellor, the beneficiary of four powerful influences on which he built his reputation for good stewardship of the economy.

Firstly, the growing industrial development of China led to the massive influx of a wide range of consumer goods at frankly ludicrous prices, buoying the profits of the distribution and retail enterprises, which could add margins that would have been intolerable had they been added to higher-priced domestically produced goods. They also had a powerful influence on keeping inflation down.

Secondly, the chancellor enjoyed a long period when basic commodity prices were at a historic low, including and especially food commodities, which added to the "China effect" in keeping retail prices low and dampening inflation.

Thirdly, there has been the easy access to consumer credit – fuelled in part by galloping house price inflation (which, conveniently, does not appear on the government's official inflation index) – driving the retail economy and ensuring a steady flow of tax funds into the Treasury.

Finally, there was immigration. The influx of cheap labour, from the EU – and especially central and eastern Europe – and "third countries" has had a strong effect on keeping down wage inflation and the price of services, in sectors ranging from catering to house maintenance.

Now it is coming to a halt. One effect of the "toy safety crisis" – about which the media seems to have lost interest – is the realisation that the safety regime applied by the EU is a hollow charade. Now, behind the scenes, there are pressures to make them work which means that Chinese manufacturers can no longer so blatantly cut corners. Add to that the rising prosperity in China and the competition for labour and other resources, and prices must rise – which they are already doing and will continue to do. The "China boom", if not over, is on its way out.

Then, for a variety of reasons, world commodity prices are on the increase. These are not just marginal increases – the price of wheat has doubled since April and is set to continue unchecked, with no obvious end-point in sight.

As to the credit boom, recent event have provided all too adequate a testament of how fragile are the financial markets and it is only a matter of time before the instability in the sub-prime market spills out into the consumer credit sector and limits the ready availability of money.

Then there is immigration. Not only does the influx appear to be stabilising – again through a variety of factors – but the (claimed) unalloyed economic advantages are beginning to look less attractive and some of the costs are beginning to become apparent.

This much is evident from yesterday's queue of chief constables who were rushing to the media to point out that policing high levels of foreign workers on their patches had significant costs, which were not currently being met by their budgets.

The same can be said of health care, education, social housing and a host of other public services. They are groaning under the burden of additional numbers and the extra time needed to deal with people who cannot speak English and who are unfamiliar with our systems and customs – and who impose greater demands on the public purse.

Pressure on ministers is such, so we are told, that extra "resources" – i.e., money – will have to be provided to cover the mounting social costs caused by increased immigration, all at a time when an economic slowdown is on the cards and tax revenues are almost certainly set to fall. Even without the prospect of "external shocks" battering the UK economy, therefore, it looks like we are in for a rough time economically.

As we ruminated in our previous piece though, no one can predict where this will take us or, when the crunch will come – if it does at all. Nevertheless, the pointers are there, all of which contribute to a growing sense of unease and a feeling that we are enjoying – if that is the right word – the calm before the storm, whence the reckoning will be upon us.