The cracks are appearing 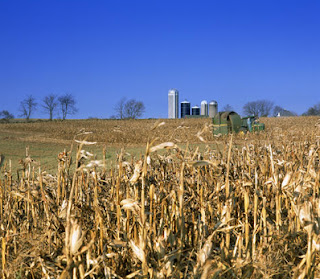 The full-blown "greenery" of the European Union (backed by all three major UK political parties) came under serious challenge today at the largely unreported Green Party conference in Liverpool.

There, delegates delivered a near unanimous resolution calling for a halt in the use of large scale biofuels – or "agrofuels", as they prefer to call them.

The strength of the vote, say the Greens, reflects "a growing concern by the general public in the last six months that agrofuels are causing significantly more harm than good."

On top of the destruction of ecosystems, they say, agrofuels are precipitating a human rights problem of epic proportions as speculators are seizing arable land as well as evicting indigenous peoples from their forest homes. Food prices are escalating, putting basic staples outside of the reach of families living close to the bread line - even in European countries, as evidenced by Italy's "pasta strike" last week and rising UK bread prices.

The Green Party is also showing a touching concern for its fellow man, talking about "competition between food and energy for agricultural resources", which is set to decrease the amount of land given over to food production as energy prices rise. This, they say, will cause global food shortages exactly when we should be boosting food production to maintain stable prices.

This latter statement is exactly the sentiment of this blog - a reflection of the increasingly unreal world where factions from across the political divide – for their own reasons - are united in rejecting elements of the mainstream political consensus.