There is a new one every day 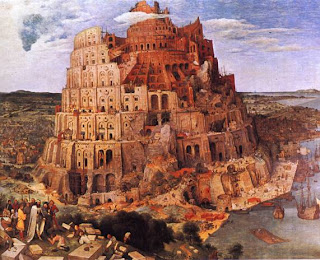 Well, we missed it. Tant pis. Yesterday was European Day of Languages and we had all sorts of pronouncements from the Commissar for Multilingualism (I kid you not), Leonard Orban, and Wolfgang Mackiewicz, President of the executive committee of the European Language Council (sans blague).

What did these grave signors say? Apparently, Europeans must learn more and more foreign languages to promote the motto “united in diversity”. Learning just one lingua franca (usually English) is not enough.

Nor is it particularly admirable, said they, that 44 per cent of Europe’s population speak only their mother tongue.

The situation is much more diverse than one could think and speaking English is not enough in today's Europe, said Mr Mackiewicz, who was presenting a report on multilingualism drawn up by a group of 11 experts.

"In the 1990s, the EU's language policies focused on individuals (…). Today, it is the European project that needs multilingualism", not just the individuals, Mr Mackiewicz pointed out.

Frankly it would be a good idea if some of these eurocrats of different hue learned to speak even one language and infuse what they said with some sort of meaning. What they produce is what the Russians call dubovoi yazyk (wooden or oak language).

Of course, Mr Orban had to be given some kind of a job as Romania joined the EU but the words barrel and bottom and scraping spring to mind. The Bulgarian one was given Consumer Protection, since you ask.

Meanwhile the European Language Council, though located in Berlin, has a website that is only in French and English with the odd document translated into Spanish. Tsk, tsk. And there I was thinking that only benighted eurosceptics were monolingual. Or something. É basta.