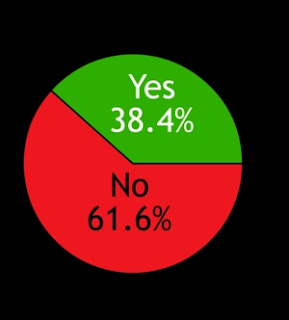 … a day seems to be a long time in Dutch politics. Last Thursday, September 13, politicians and the media were absolutely sure that Holland will not hold another referendum on the Constitutional Reform Treaty.

The government on Thursday received the long-awaited formal recommendation from the Council of State, its main advisory body that is chaired by Queen Beatrix.Although the official recommendation remains classified until the cabinet has discussed it, Dutch press reports have said that it's already clear that the Dutch will not organize a referendum on the EU Reform Treaty that is expected to be agreed next month.

It seems that the government had asked the Council of State whether the new treaty was a constitution or not, hoping that it will say no.

If the Council of State decides that the reform treaty still includes constitutional elements, then the Dutch socialists may call for a new referendum. The christian-democrats are against a new vote because they fear that the people will again reject the proposal.

Well, the best laid plans of mice and men …. The following day, the cabinet met to discuss the Council’s advice, which was not to hold a referendum because the treaty did not have any constitutional elements in it. Sadly, things did not go as expected.

The EUObserver reports that the cabinet decided to postpone the decision on whether to hold a referendum by a week.

Dutch newspaper NRC Handelsblad writes that the government's failure to take a decision on Friday points to internal divisions in the cabinet.

Prime minister Jan Peter Balkenende, a Christian Democrat, was hoping to convince his coalition partners - the Labour Party and the small Christian Union - that a treaty poll is not necessary by pointing to the Council of State's advice.

But Labour ministers are reportedly under strong pressure from their party's parliamentary faction to back a referendum, with Labour's parliamentary leader Jacques Tichelaar publicly promoting the idea.

NRC Handelsblad also seems to predict that the Labour ministers can be bought off by other concessions but as that might involve the Dutch mission in Afghanistan, the concession might be too great for Prime Minister Balkenende to contemplate. In any case, why should we listen to this prediction?

Anyone would think these people were frightened of a referendum.