How little they understand 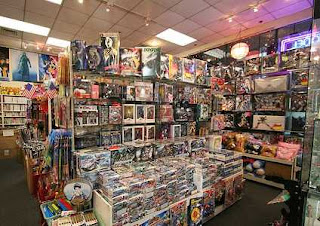 One of the great pre-requisites for being in favour of the European Union, it seems, is knowing little or nothing about how it works.

That much certainly applies to the bulk of the MEPs who infest the EU parliament who, in the wake of the Chinese toy recall, are demanding improvements to the safety system. In so doing, they seem unaware that the current system is part of a core policy, already hedged by hundreds of laws which they themselves have approved.

Even though such a demand represents a massive system failure, there was not even a blush as 660 MEPs voted in favour of tighter controls, with only 18 against and seven abstentions.

The EU commission was urged to improve the enforcement measures of the toys directive, including effective sanctions for non-compliance and to present the planned revision of the Toys directive by the end of this year, making sure "efficient and effective requirements for product safety" were included.

Amongst the members calling for such action was our own David Martin, who wanted the commission to, "push manufacturers to take a greater interest in their supply chain and, if necessary, apply penalties to those who do not take that interest." Then he wanted the commission to "bring together the Member States to ensure tougher inspections in Europe, to ensure adequate customs control and to ensure the application of the existing European Union laws."

The resolution itself asked the commission to ensure strict enforcement of product laws, to step up efforts to improve market surveillance and especially national inspections and to make available sufficient resources to be able to undertake comprehensive and effective controls.

But the whole point of the system, of course, is to obviate the need to have customs controls, to make national inspections redundant and to minimise the need for controls – all in the name of promoting cross-border trade in furtherance of the EU's fabled "Single Market".

What the MEPs are suggesting, therefore, fundamentally undermines the very system on which the EU relies to achieve one of its most fundamental and treasured policies, the nature of which is clearly alien to MEPs. Now they are, effectively, asking for its destruction.

How little they understand, but how fortunate it is for them that their ignorance is shared by most of our own legislators and media.