A vacuum of power 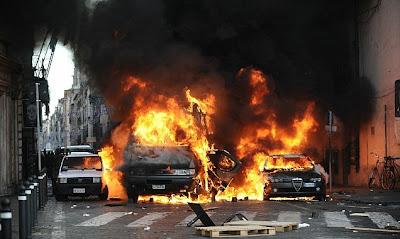 Riots and demonstrations broke out in Rome and across Italy yesterday after Silvio Berlusconi won back-to-back votes of confidence. Police fired tear gas at opponents of the scandal-plagued prime minister in the capital – while Berlusconi himself enjoyed a joke with his colleagues (below).

He is, however, seriously weakened by this series of votes, although his strength continues to lie in the weakness and unpopularity of the opposition. There, it seems to me, is an illustration of the broader malaise throughout Europe – and elsewhere. Not only are we troubled by poor governments, we also suffer from inept oppositions. 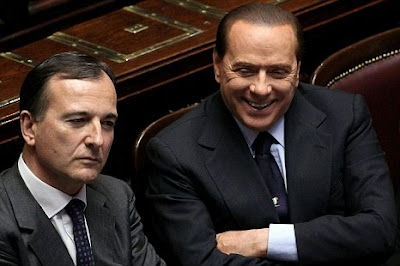 And, while there will always be the Daily Mail tendency which gets all precious when violence breaks out on the streets, the editorial writers – and the politicians themselves – need to realise that nature abhors a vacuum – no more s/o when it comes to the exercise of power. If they fail to do their jobs properly, other people will step in and do it for them.

Berlusconi is a modern miracle. Before him, the Italian political system used up prime ministers faster than toilet rolls, with roughly the same effect. But now, Pier Luigi Bersani, leader of the opposition Democratic Party, is saying that Berlusconi's government is "clinically dead". He may be right, in which case Italy is in for troubled times.

Back in this country though, we have no cause to feel superior. We suffer from exactly the same problems – a weak, inadequate government and a weak opposition. The scenes we see in Rome could now very easily be replicated in London.