Out of their tiny minds 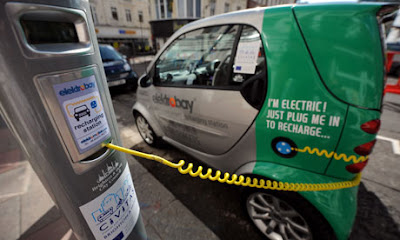 Adair Turner and his climate change committee are offering recommendations (if one can thus dignify such insanity) on how to cut UK greenhouse gas emissions by 60 percent by 2030.

Not least of their effluvia, they want a substantial proportion of UK car fleet replaced with 11 million electric or hybrid vehicles. At the same time they are suggesting that their 60 percent emissions target is achievable at a cost of less than one percent of GDP.

Taking the cost of the Nissan Leaf – against, say the cost of a new Ford Focus, to replace the entire fleet would cost about £165,000,000,000 over and above the normal retail price of the conventional cars. By my estimation, that additional cost is well over ten percent of GDP.

That, of course, is only the start. For these vehicles to be "emission-free", the electricity they use must come from renewables or nuclear. And the Turner mob have not even begun to work out the price for doing that - but it would be additional to the cost of meeting the current base load.  Has anyone done the calculations - the cost of providing electric capacity to charge up 11 million vehicles?  Then there is the cost of the charging points.

More dangerous, though, are the committee's plans to rig the market for electricity, which don't even bear thinking about. Amusingly though, nothing of what they propose can be done without EU approval, and new EU legislation would be required, which would probably make it a non-starter.

Overall though, this illustrates once again the complete detachment of the ruling classes from reality. Huhne is planning formally to respond to the report in the Spring - instead of a snort of derision, which would have taken him five seconds. A Bronx Raspberry might have taken slightly longer. The latter, one suggests, should be the response to his endeavours.