The price of indifference 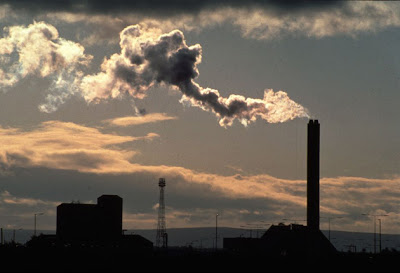 In yet another example of how ill-served we are by the media, today we see The Independent offer a front-page headline proclaiming: "Waste crisis means 80 giant furnaces set for go-ahead in 2011".

That "waste crisis" is, of course, the one created by the EU's waste framework directive. It prohibits the use of landfill - the cheapest and most effective option - for the disposal of household waste, and substitutes the most expensive and least effective ... incineration - and now, at enormous cost and disruption, these incinerators must be built.

Needless to say, though, the newspaper article, under the by-line of Jonathan Brown, does not mention the EU. There is not the slightest hint of EU involvement. Instead, we learn that "a grassroots revolt is growing" over the plan to install incinerators on more than 80 sites under the so-called "dash for ash".

Then we are told that "the Coalition must decide this summer whether to give its blessing to the £10 billion roll-out of the new incinerator chimneys, which continue to meet fierce levels of local resistance from those who would live in their shadow".

Thus does the egregious Jonathan Brown present a completely false picture. The "Coalition" has nothing to decide, other than to continue with the implementation of EU law, with a starting price of £10 billion for the incinerators that the public most certainly does not want.

As for the "grassroots revolt", this will not be allowed to interfere with the administration's need to obey its master's demands. The decisions have already been made as we descend into madness. The clever-dicks prattle but they consistently ignore this issue, preferring to deal the trivia, disguising their lack of power.  All that remains is for us to pay through the nose for their indifference, and pay we will.