A Fox is shot 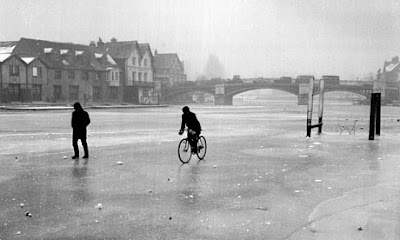 We were gutted to learn from The Guardian that Fox News isn't objective on climate change – and has been caught out ordering its journalists to cast doubt on well-founded warmist claims that we are about to fry. Who could possibly have thought that this broadcaster had an agenda – unlike the totally objective BBC and Guardian? We are well and truly shocked.

This news has been so upsetting that we had to avert our gaze from the news of blizzards in the US Midwest, for fear that we too might start thinking like a Fox journalist. That is scary.

Instead, we focused on the heroic James Hansen who came all the way from snow-bound USA to defend those valiant green warriors who have now been wrongly convicted for wanting to close down Britain's second-largest coal fired power station. We think it is absolutely terrific that an American civil servant should come all the way here to defend their actions, even if they have been now been found guilty of a criminal conspiracy.

Just because newspapers like the … er … Guardian are speculating that the winter here might be the worst since 1963 - and they are planning cycle lanes on the Thames (pictured) - this is no reason whatsoever for suggesting that Fox News might be right. One must be vigilant at all times to ensure that we maintain the correct perspective.

This is especially so when one of The Guardian commentariat thinks that when the results of global warming become apparent in the next decade or so, the public mood toward denialists is going to turn very ugly. He wouldn't be surprised if we saw Nuremberg-style trials of prominent denialist propagandists.

According to The Guardian, these could even include the likes of Chris Huhne, and every single Tory who ever lived, for the "disaster" that is the "scaled-down green investment bank". This terrible insult to greenery also finally lays to rest any pretence that this will be "the greenest government ever".

One just cannot be too careful on these things.