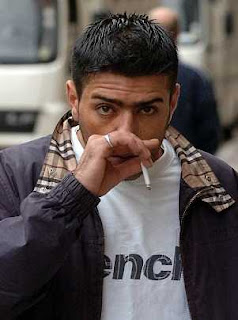 "European judges kill off British law that curbed sham marriages", was the news yesterday - a bizarre ruling from the Court of Human rights in Strasbourg.

Today, we get another equally bizarre ruling, this one that gives Mohammed Ibrahim, a Kurdish asylum seeker (pictured), the right to stay in the UK, even after running down 12-year-old Amy Houston, leaving her trapped and dying under the wheels of his car – which he was driving after having already been banned.

And now we have the same court ruling that the Irish abortion ban violates human rights – riding rough-shod over Irish law and the results of a 1983 referendum which asserted that the unborn child is an Irish citizen with full rights.

That ruling is going to cause ructions in Ireland, but patience is also wearing thin in the UK as we get a succession of these cases. Of course, there was a certain David Cameron who did actually promise to repeal the Human Rights Act. But from the mouths of lying political scum we expect and will get nothing but lies.

Euroslime Dave had no intention of doing anything at all about this – his promise was just another lie.