Seriously folks, this really is evidence of global warming. Thus, when we get fears of flooding in the Jordan Valley and the Judean Desert and nearly four feet of snow falls in the area of Mount Hermon, with light snow in Jerusalem, it has to be global warming. 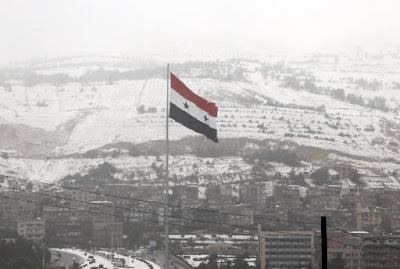 Even as China braces itself for a blast of icy weather, the Inner Mongolia autonomous region and the northeastern provinces of Heilongjiang, Jilin and Liaoning have already been affected by the cold air, with drops in temperatures ranging from 4-10°C in places over the weekend. 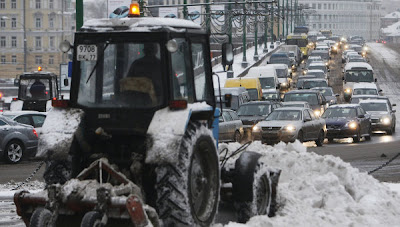 With Britain awaiting a similar fate, and the US still cleaning up the mess from last time, this too can only mean that more global warming is on its way. Of course, you would expect snow in Moscow this time of the year (above), but two years ago they were having to import it, so this current crop must be indicative of global waming.

That is why we have to pay £18.3 billion a year to finance the Climate Change Act - you know it makes sense.