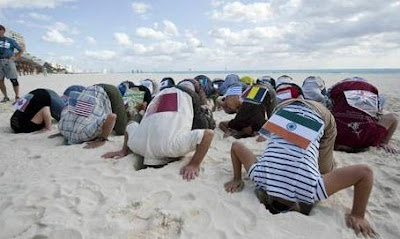 I did try the "ignore it and it will go away" strategy – not in any expectation that it will work ... (the greenies found that it didn't – see above), but simply as a time-saver. One should, though, visit this bit of stupidity, if for no other reason than to enjoy the comments – which are giving young Hannan a hard time.

But then, anyone who suggests that getting parliament to debate something on the basis of a number of signatures, and then confuses it with democracy, deserves a ragging. One might ask, for instance, for parliament to debate waste strategy. And what good would that do? And if it was to do any good, should not parliament be debating it, without recourse to "Citizens' initiative procedures".

Says just one commenter: "What happens if 100,000 people vote to enter the Euro? Or abolish private schools? Or stop immigration controls? Or introduce Sharia Law? Do we give parliamentary time for that? There could be thousands of measures which any vested interest could take up. You really are clueless Hannan".

I'll bundle this with the Priestley thread, for comments purposes ... it seems to fit there.