A tidal wave of stupidity 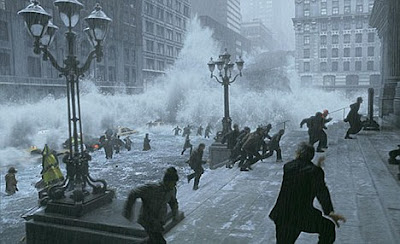 The "hottest year" is a miasma. Yet the spending goes on, the regulation continues unchecked and the brown-soft-squidgy-stuff-for-brains MPs continue to sell us out from the luxury of their over-heated offices. And this happens as UK temperatures are set to plummet again. We are really starting to feel the cold, day-after-day, when even the central heating does not fully cope.

Completely oblivious to the piles of steaming ordure on his own doorstep, Gordon Brown is reinventing himself as the great statesman. The coming decade could witness ''the decline of the West'' if Britain and other Western powers fail to respond to the rise of Asian economies like China, he says. The thing about such pronouncements is – tested against similar profundities made throughout history – is that they are invariably wrong.

No end of brighter and far better informed people look at China and other Asian economies and see nothing but a highly unstable bubble. Yet, such is the power of the myth that the likes of Brown will continue with his own brand of warnings for as long as prattlers are prepared to listen.

The ultimate indictment, I suppose, is that under his very nose, the wealth of the working population declines, while the benefits-and-thieving classes prosper under the protection of the indolent and over-paid police. And, if the average guy in the street still can't see what is coming, the latest tax hike might help concentrate minds. Breath is not being held, however.

One small comfort is that the Met Office is admitting to being slightly wrong on some of its long-term climate projections – although it rushes to tell us that the rest of them, like their forecasts for this winter, are perfectly sound.

And they, on this freezing Monday morning, would have it that the tidal wave is coming, but it ain't water. As we see with the foolish Hancock, the greater threat is the tidal wave of stupidity – of which there is an endless supply.