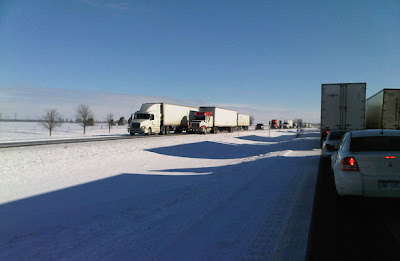 Military and emergency services personnel are on the ground and in the air rescuing stranded motorists from their vehicles in southwestern Ontario where snow squalls have crippled traffic and sparked a state of emergency, reports the regional newspaper. 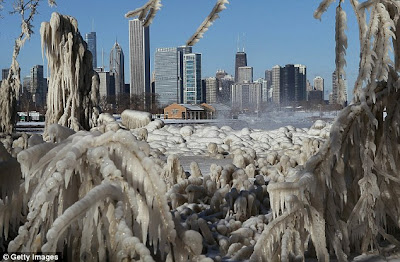 At least 11 people have been killed by the same storm in the United States and there has been a race on all day to rescue more than 70 motorists trapped by snow in Indiana. And the system shows no signs of slowing down as it moves east, with travel chaos over the Christmas period expected. 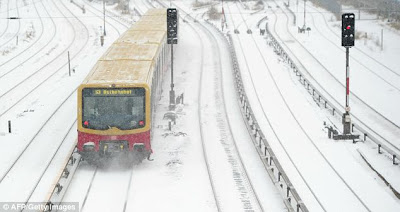 Meanwhile, this side of the Atlantic, the myth of ruthlessly efficient Germany, always battling the elements so much better than Britain, has been smashed by a new cold weather front. Says The Daily Mail. Not a single train ran without delays in the whole of the country. Even international airports like Dusseldorf had to shut down on Monday night as the snow blew in.

Actually, it isn't a myth – and the commentariat is protesting that things are running pretty normally. Despite that, there is the moronic tendency over in Germany that falls for the same warmist crap that afflicts our brain-dead officialdom. And, like so many, your average Kraut is losing his snow-driving skills. In the state of North Rhine-Westphalia in the west there were some 700 accidents on the autobahns during 12 hours of snowfall. 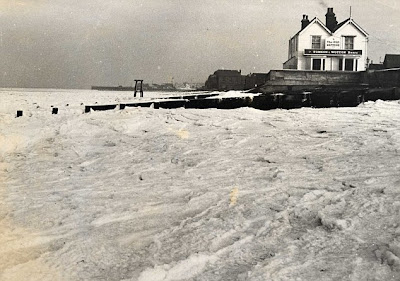 And the forecast here is dire. The big freeze is due to return tomorrow and the predictions are that it's going to last for a month, putting the country on course for a repeat of the notorious winter of 1962-3, when the sea froze over at Whitstable (pictured above) - as well as in 1940 ... what is it about the sea at Whitstable?.

Nevertheless, this global warming is getting serious.