The whole point is that we don't 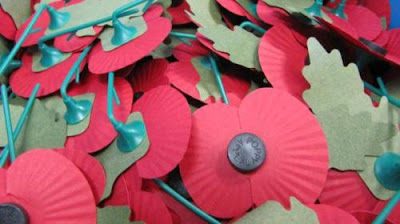 Those with memories slightly longer than those of a demented gnat will agree with the sentiments articulated by Witterings From Witney. It was also Cameron who started down with path of brand detoxification, and set apart the "modernisers" as something special and different. It was he who made it clear that traditional Conservatives were something not wanted on passage. Despite our considerable reservations, it was he that dumped as - not the other way around.

And, today, now he has the Gall to tell us: "We stand together to honour the incredible sacrifice that generations of men and women who have given their lives to protect the freedoms we enjoy today".

The point is that we don't stand together. A man who so easily ceded yet more power to the EU, Cameron has made it clear he does not represent us and does not reflect our values. And nor do we want him to. He is a shallow, vain man who has not even the gravitas to acquire the mantle of office that goes with his assumed rank. To this day I cannot think of him as a prime minister.