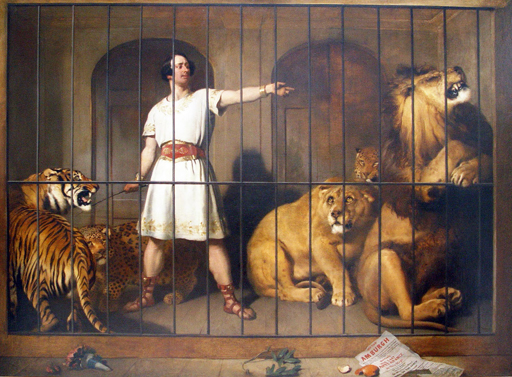 An initial offering by Wittering from Witney gives some intriguing ideas, although I have some reservations. It is not that I am totally against direct democracy – it has its place. But there are serious limitations, and the process can prove a double-edged weapon. It can do more harm than good.

Anyhow, WfW has responded, with much food for thought. He argues that, if power is to be exerted, then he would rather it "be by a majority view within the area that I live, than a majority view of a small minority of our society who have their own agenda and are totally disconnected from the people".

That raises an interesting question, as to where democracy lies, adding a requirement to consider the nature of the demos, which supposedly drives decision-making.

Certainly, the UK is characterised by being one of the most centralised, top-down systems of government in the world, with local government largely financed by central government, and acting as an agent for it, with no independent status or constitution.

Perhaps, before we go any further, we ought to consider this anew, and ask whether our democracy should be inverted, so that the power starts at local level, and is controlled from there, rather than centralised, with diktats handed down from the central authority.

One of the problems here is that, in large areas of this country, we do not have local government in any meaningful sense. My own area, Bradford, is a good example. With a population close of half a million people, it is larger than some countries in the European Union.

Any new settlement, therefore, must undo the Walker "reforms" of 1974, which created these giant, unresponsive and fundamentally undemocratic administrative units, with the focus on allowing communities to develop their own identities and top control their own destinies.

Then, as always, there is the question of money. Much is made of council tax, but that accounts for less than twenty percent of local government finance. More than sixty percent comes from central government, handed down according to arcane formulas and political prejudice.

For democracy to flourish, the flow must be reversed. In the main, tax collected locally should be more than sufficient to fund the local government functions in the area, without having to go cap-in-hand to central government.

There is talk, for instance, of a local income tax, but maybe we should be thinking outside the box, and turning income tax into a locally collected tax.

As it stands, we have a system where subsidiary agencies such as the police and local transport agencies are paid from a precept, taking from local authority taxes, but perhaps this is the way central government should be paid. We pay taxes to the local administrative unit – it takes what it needs for its own functions and pays any surplus, by way of a precept, to central government.

If this sounds revolutionary, so be it – but it is not impossible. Central government draws up its budget for the year, works out how much it will draw down from its own tax resources, and then calls off the balance of its needs from local administrations, which then decide how they are to spread the load amongst their own taxpayers.

But when that budget is subject to an annual referendum, and taxpayers are able to veto the budget, tax demands become a matter of negotiation. Governments, deprived of the power to issue peremptory demands, have to negotiate an annual settlement, staying within the bounds of consent, in order to get any money.

Thus, direct democracy needs to start at the bottom, controlling the flow of money – which should move upwards to the centre, by permission, not downwards by fiat. Government should always be made acutely aware that they spend our money, and should be required to ask for it, each year.

What is utterly intolerable is that an unrepresentative group of people, for whom I did not vote, whose values I do not share, and to whom I owe no loyalty or respect, should each year tell me how much I should pay them, and expect the money as of right.

The moment government officers, be they ministers or councillors, believe they are entitled to our money, as of right, they are not very far from owning us, body and soul. They cease to become our servants and become our masters. And, if it was Tip O'Neill who said that "all politics is local", then democracy must be locally based as well.

Whatever system we chose, it must be acknowledged that top-down government is not democracy at all, and nor is "local" rule by giant administrative units. These fundamentals must be addressed, before we even start thinking about how we tame the beast.