The reign of the expert 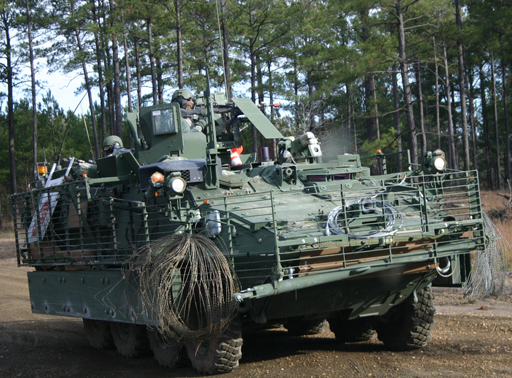 This is slightly old news but I have been saving it until I could do it justice. And for that, one needs a little background to be able to appreciate and savour the full enormity of the development.

As to the background, in our sister blog, we have written many times of the great white hope of the Army Brass, the £16 billion FRES programme which former CGS Sir Richard Dannatt regarded as essential to the future of his Army.

At the heart of this concept was the medium wheeled armoured personnel carrier, Dannatt's preferred type being the Piranha, the acquisition of which he regarded as so important that he was prepared to forego mine protected vehicles in Iraq and Afghanistan.

Those with any memory at all will recall the near reverence with which the media treated Sir Richard, the great expert of such stature that, when he retired, the Daily Telegraph could not wait to sign him up as their expert on all things military (although we hear very little of him nowadays).

Possibly the greatest (and certainly the most consistent) source of opposition to the concept was the DOTR blog, one piece provoking an unprecedented intervention by the then procurement minister, Lord Drayson, on our blog, and a strong rejoinder that remained unanswered – largely because it was unanswerable.

Needless to say, this dramatic development was ignored by the MSM, which is wedded to prestige, and would give space to Dannatt, but not our blog. Who were we, after all, to challenge the Great General?

Well, with the programme on hold and with no sign of it being activated in the near future, we now see what surely must amount to its death knell – brought to you by the US Army.

This comes in the form of news of the US equivalent of FRES, the so-called FCS concept, based on an American version of the Piranha known as the Stryker. The US Army, in this respect, is much further advanced than the British and had an experimental Stryker Brigade deployed in Iraq in 2003.

Now we come to the news of the moment. A Stryker Brigade is now to be deployed to Afghanistan, as the 3rd Brigade, 2nd Infantry Division, but with one very notable omission. It is not deploying its Strykers, which are now in use by the Alaska-based 1st Brigade, 25th Infantry Division, in a somewhat safer environment.

Replacing the Strykers in Afghanistan are a mix of vehicles such as the Mine Resistant Ambush Protected (MRAP) vehicles and its all-terrain variety, the M-ATV.

What is especially poignant here is that these are the very vehicle types that the great military expert Dannatt was prepared to forego in order to acquire the Piranha and equip his own equivalent of the Stryker Brigade which, even in 2006 he was claiming to be the Army's key equipment priority.

Had the great expert had his way, the UK would now be saddled with a programme which even the US has abandoned, in favour of the vehicles that our experts rejected, but have now in place in Afghanistan.

All of this goes to show that, regardless of their elevated rank, and the "prestige" afforded to the brass, this does not necessarily mean that our so-called military experts know what they are talking about. And, in this case, the evidence goes to show that, fortunately, we were spared from the fruits of their expertise.

The reign of the expert, it would appear, is something we cannot always afford.