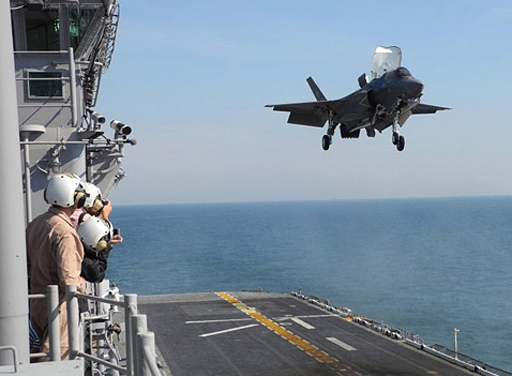 You do wonder how it is that, with all the proceedings up front and visible, the government/military complex can make quite such a pig's ear of not providing us with a carrier capability.

Taken as a whole, this is a collective that you would not trust to find their own backsides with both hands and free mirrors, people who have managed to turn a £3.5bn starter cost into £6.2bn, which is likely to rise to up to £12bn – giving us a mere 200 days sea time a year.

If anyone wants to see how government accountability breaks down, it is here. No one will lose their jobs. Everyone gets their pensions, and we are expected to pay. Nay, it is regarded as our duty to pay, and any thoughts of slaughtering officials are considered to be "extreme".

The question one has to pose, therefore, is what do we do with these people. They are taking the piss, and any idea of democracy – as in accountability to the people – has been consigned to the back seat. It exists in theory only.

We could start, perhaps, by asking why it is a revolutionary – and even subversive – concept, to expect government to deliver value for money, and for us to refuse to pay when it isn't delivered.