A dangerous line to walk 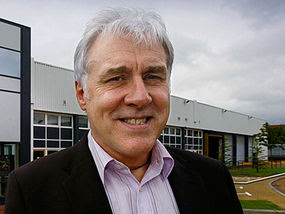 Whoever signs the the chit for this one must have a deathwish. Though we cannot take it at face value from the Express, it has just the right ring of of naked stupidity and greed to be true. If it is, Willie Docherty may just be fished out of the Clyde minus certain bodily extremities. And I would raise a glass to whoever did it.

I am told often by citizens of the web that such talk is "uncalled for" and "unproductive", but seriously folks, this sort of thing happens over and over again without elected officials having the power (or the will) to intercept. All we get is boilerplate tripe from the TaxPayers Alliance and a token condemnation from some or other non-entity politician. Nobody is on our side. It is telling of a society that has lost its checks and balances, one that is institutionally paralysed.

If we have no democratic mechanisms to prevent it, then somebody, soon, WILL make these people pay the price for their brazen and unapologetic theft from the public purse. When that door is opened, a new era will begin. One I hoped I would never see. On that day, a state of cold war will exist between the people and their government.

We already know where the authorities stand. When the bailiffs and the police come to your door, they do so for the benefit of men like this. They have chosen which side of the line they stand on; and it's the opposite side to us.

This is not some idle threat from a loudmouth blogger. This is a prophecy, a message, a prediction to those who hold elected office: Keep this up and there will be blood. You are walking a dangerous line. Not everyone is as patient as me.