There will be jobs. 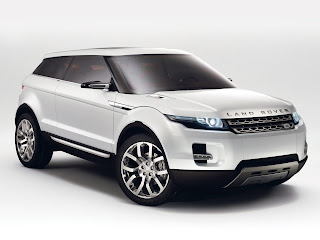 If you thought you had seen the back of socialism in the UK motor industry, think again. If the government decrees "there will be jobs", then there will be jobs. In the midst of a downturn gearing toward a depression we are expect to believe that people are queuing round the block to buy luxury off-roader's.

It could be demand generated by all those departing council chiefs, but more likely, this is the manifestation of your money, as announced back in April.

Nick Clegg, the Deputy Prime Minister, announced in April that the Birmingham-based car maker would receive a share of £450 million from the Regional Growth Fund, a new government scheme. It was aimed at helping the private sector create new jobs to replace those being lost in the public services because of funding cuts.

I guess this is a "Five-Year Plan" to build more Chelsea Tractors.