Failure is the only option 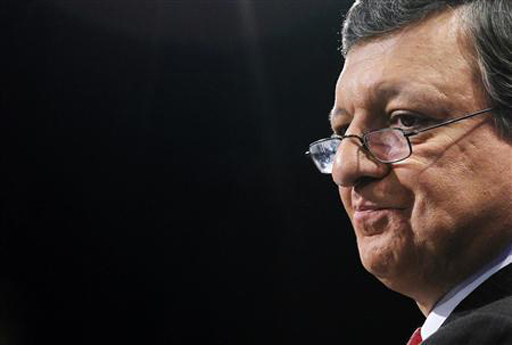 In almost a parody of himself José Manuel Barroso is telling us that "Europe" has still not found a solution to its sovereign debt crisis that would restore investor confidence. Then, from the school of "the solution is simple, something must be done", he advocates "greater integration as the way to move forward".

"The truth is", he says, "that so far there is no response to the sovereign (debt) crisis that restores confidence to investors … as long as that does not happen we will have very serious problems and debates in Europe".

Reflecting the German hang-up on the ECB, Barroso went on to say that the bank had to remain "independent", code it would appear for refusing to allow it to become the lender of last resort.

"I can say that in the commission, we always respected the independence of the European Central Bank, it is essential to have an independent central bank which is not subject to political pressure," he says.

This is a bizarre statement, not rooted in fact. The ECB was formally absorbed as an EU institution under the Lisbon treaty, subject to the aims objectives of the European Union. It can be no more independent than the commission itself, bound as it is by the same set of rules.

Nevertheless, reading the code, the commission is acknowledging that the ECB cannot take on the role of lender of last resort, as long as Germany is blocking this development. And Germany must because its own constitution does not allow this to happen.

Despite this, there is manoeuvring aplenty, as the commission tries to square the circle on its integration proposals.

Says Barroso: "We though [sic] it was the time to launch the discussion. We, in the commission, have the duty to launch and propose ideas and afterwards, obviously, it is up to member states to adopt them or not". He adds that the commission "is open to treaty revision if it is to reinforce and to give greater governance and more integration in the eurozone, and not to divide Europe".

And so the grotesque ritual is being played out by people who have run out of all other options and are staring failure in the face. Failure, it seems, is their only option, even if they have yet to come to terms with it. Yet fail they will, because fail they must. There is nothing else left.