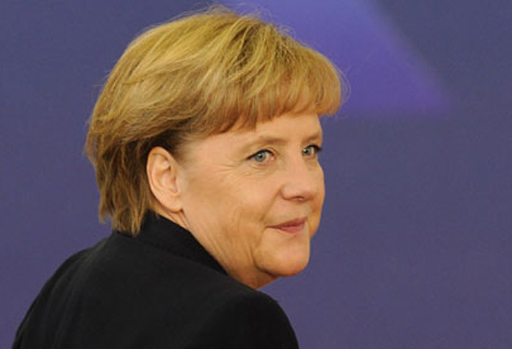 Poorly reported yesterday, and then best in the Irish Times, we saw Angela Merkel argue that the EU should be given powers to strike out national budgets that do not meet eurozone debt rules.

This came on the back of her ruling out the pooling of eurozone debt as a solution to crisis, with her insisting that there is now "no way around" a treaty change which will to allow the EU commission oversight of national budgets.

Sure enough, on cue today, Reuters reports that the EU has proposed "intrusive control of eurozone budgets", which we see detailed in its new action plan for growth, governance and stability. The core to this is a proposed Regulation which would strengthening surveillance of budgetary policies in euro area.

Member States would require these countries to present their draft budgets at the same time each year and give the Commission the right to assess and, if necessary, issue an opinion on them.

The Commission could then "request" that these drafts be revised, should it consider them to be seriously non-compliant with the policy obligations laid down in the Stability and Growth Pact.

Treaty change comes in with the commission being able to decide whether a Member State experiencing severe difficulties with regard to its financial stability should be subject to enhanced surveillance.

The Council would be able to issue a recommendation to such Member States to request financial assistance, whereupon "stability bonds" could be issued by the EU, making the Commission (via the ECB, one assumes) the lender of last resort.

That this is the final stage of an EU take over cannot be emphasised strongly enough. A country which cannot issue its own budget, where its financial decisions of subject to an over-ride by a supreme power, is no longer an independent country.

Not for nothing did we, in our discussion of increasing the power of citizens over their governments, recommend an annual referendum on the budget – on the premise that he who controls the budget controls the government.

And here we are, while the British government is occupying itself with low-level repatriation of power – on issues which are far from mainstream – we see the EU go for the jugular, demonstrating an understanding of the dynamics of power that we do not see in our own politicians.

But, if the commission gains this power – even if just over eurozone countries – it is game over for those member states as independent nations. For however long it takes for the EU to collapse, those members will be de facto and de jure subordinates of Brussels.

This is economic governance writ large. The end game is being played out.