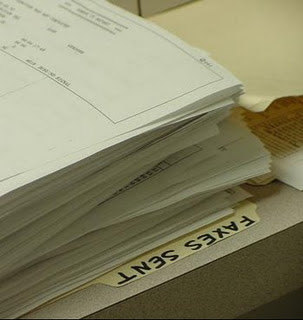 Maybe it is just post-operative blues, but I'm struggling to get back into the frame, with the news agenda lacking any apparent coherence. We are seeing much the same EU stories as before, nothing has been resolved and the UK political position is no further forward.

I am grateful, therefore, to Witterings from Witney, for picking up a comment of mine on the Norwegian situation, brought up by Cameron in his Lord Mayor's Banquet speech, and supposedly rebutted by Farage.

This affords me an opportunity to display some irritation (hey! I'm entitled occasionally) at the limitations of our "own" side. For, while one expects nothing of Cameron – or any of the other Tories who seem impervious to knowledge on the EU – one would hope that our own would take the time to find out something of the organisation of which they speak.

In the case of Norway, this is quite important, as the situation is deemed to be a weak point in the eurosceptic armoury. Even outside the EU, it is held, Britain would have to adopt common trading law, as does Norway but, unlike currently, we would lose any influence in its framing, having thus to adopt in the manner of Norway, laws sent to us by fax from Brussels - the so-called "fax law" option.

Bizarrely, Farage concedes this point, although it is not true and can easily be demolished. We have rehearsed it many times and wrote a definitive piece in May 2008, pointing out the actual situation. Most of these laws are not agreed by the EU at all, but by intergovernmental bodies such as UNECE, of which Norway (and the UK) is a member. The legislation is then processed by the EU commission acting in more of a bureaucratic than legislative role.

In other pieces, such as this, I have pointed out that there are dozens of UNECE-type bodies, which would also continue in place even if we left the EU, and through which we would continue to agree international standards, to which EU members would also be bound.  Outside the EU, therefore, we would have just as much influence over single market-type law, adopted by EU members.

The down-side, of course, is that leaving the EU would actually provide less relief from petty regulation than we might imagine, although we could disapply much of it from the domestic market.

This though, is core knowledge which should be shaping the debate. But, tediously, one of the leading players continues to do nothing other than display his ignorance, having never troubled to expand his knowledge-set beyond the basic minimum.

And this is why UKIP risks being left at the starting gate, should we come to a real debate about the mechanics of leaving the EU. The Party has no more to offer than the Tories, and that is perilously little.

One sees, for instance, the halt and the lame in that direction, talking blithely about which powers to repatriate and how they would go about reclaiming them, demonstrating absolutely no practical understanding of the complexities involved.

Strangely, of all the policies at present managed by the EU, the first we should claw back is the research programme. This is quite simply because, to repatriate powers, we must replace policies – otherwise there is no point in so doing. And those that are aware of the processes will be aware that a huge amount of policy development (a complex, expensive and time-consuming process) is funded under the research programme.

Thus, is order to reclaim powers, we must develop new policies and, to do that, we must reclaim the policy-making tools.

And so do we need coherence in the debate. Leaving the EU is eminently practicable, possible and necessary, but only if we are able to offer a credible and realistic pathway. To its shame, the eurosceptic community has yet to deliver on this and, when we hear the likes of Farage parade his ignorance, we wonder how longer we are going to have to wait.