Cry me a bucket 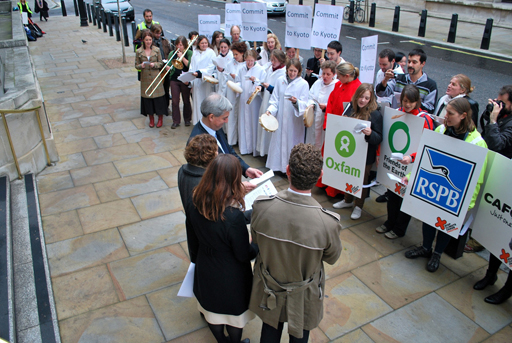 Those watching the [climate] talks begin said it was an inauspicious start. "It is headed towards a real impasse in Durban, frankly, there is no way to gloss over it", one veteran participant said. "There are very few options left open to wring much out of the meeting unless the position of these major countries softens considerably".

But even as the scare wanes, "defence chiefs" are seeing in it an opportunity to ratchet up threat levels by claiming that climate change is "an invisible driver of turbulence". It is nice to see that they are on the ball as always, fulfilling their traditional role of preparing to fight the last war.