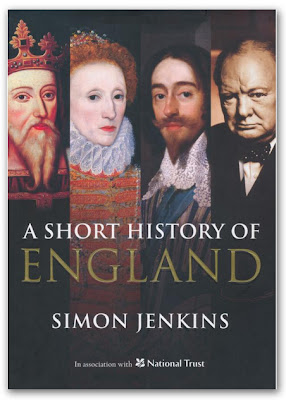 I take the point, that in many respects direct democracy is far better than the charade that currently passes for representative democracy. And if I have understood him correctly, then that is the thrust of Wittering from Witney's thesis.

Much of this rests on the example of Switzerland, which is one of Europe's – if not the global – leading proponent of direct democracy. This amounts to rule by the people through the medium of the referendum.

But while I agree with WfW that there is much wrong with our form of government, I remain to be convinced that Swiss provide a suitable model for the English. Despite its apparent attractions, Switzerland is not a happy country to live in unless you are very rich, it is illiberal by character and governance is dominated by a mass of petty rules and restrictions that simply would not be tolerated here.

The idea of direct democracy, therefore, is to an extent simply swapping one form of oppression for another. Instead of being oppressed by the ruling élite, who believe they know what is good for us, we are ruled by the infinitely malleable masses, who impose their mores, in many respects more restrictive that a liberal élite.

What WfW might be neglecting, therefore, is that the term democracy comes in two parts, the dêmos (people) kratos (power). Direct democracy simply shifts the mechanisms by which the majority – the people – exert their power over the rest of us. It does not necessarily ensure a better use of that power.

Here, one must exercise more than a little caution. One of the reasons contemporary Germans are so reluctant to permit the routine use of referendums is that when in 1932 and onwards, Hitler sought to abolish democracy and impose an absolute dictatorship, he chose the plebiscite as the means to do it.

That, as much as anything, makes the point. Direct democracy may, under certain circumstances, be better than our form of representative democracy, but it has its dangers and pitfalls. Unless you actually know what you are trying to achieve with your governance, you could very easily have your system hijacked and end up with something you neither wanted nor anticipated.

Kindly, WfW mentions my idea of Referism, which on the face of it is an aspect of direct democracy – insofar as it has in common the referendum. But there are important differences.

Specifically, in terms of the referendum, this is a fixed point, carried out annually at the same time, with the same question asked each time, namely, do you approve the budget … yes or no. The fixed nature of the event confers predictability and familiarity, allowing people to get used to the question and to learn how to answer it. And it also places it beyond political manipulation, now allowing tactical wording or changes in timing, which can be used to advantage by one side or another.

But my thinking is that this happens alongside our current system of representative democracy, which I rather like, even if it has currently lost its way.

What perhaps needs expressing in this context is something I have not emphasised enough – that government is not a force for good. In an ideal world, we would not have one and the only reason we should tolerate it is because not having one is marginally worse.

Thus, I am actually no more enthusiastic about government by the masses, than I am government by a ruling élite, liberal or otherwise. All forms are to be avoided as far as possible.

On that basis, the ideal system is not one that facilitates governance. Our fellow man is never so inventive as when it comes to imposing his will on others, or acquiring our money and spending it as his own. He needs no encouragement.

What we need is restraint, a system one which makes government physically difficult, keeping externally-imposed rules to the minimum, and forcing people to deal with and settle their own problems – as far as is possible – without external interference.

The first and most important requirement of any new or improved system of government, therefore, is the ability of us, the people, to reduce the amount of government. As an individual or part of a collective, I have no desire to rule my fellow man – insofar as I want power, it is the power to prevent other people telling me what to do, and then charging me for the privilege.

And that is where the money comes in. In his Short History of England, Simon Jenkins writes as follows:


Nothing curbed Norman autocracy as effectively as the king's need for taxes. From this arose the power of the City of London under Richard I, a codified rule of law under King John and a House of Commons in the parliaments of Henry III and Edward I. This bartering of power was absolute. Even the ruthless Edward I worried that people might take against him, and that "the aid and taxes which they had paid to us out of liberality and goodwill … may in future become a servile obligation". He was right.

Therein lies the root of our problem. Over time, the parliament was set up to control the king, through limiting his taxes. But parliament has now become the king. No one now controls the taxes – and they have become a "servile obligation", but the obligation is ours, to pay money to which our ruling élites believe they are entitled.

When parliament controlled the king, it did so on behalf of the people. Now, parliament as king is out of control, and we the people must re-assert control. Then, the mechanism of control was to restrict the flow of money. Today, the same mechanism is just as applicable. We must starve the beast.

That is where we need our direct democracy, and there I am at one with WfW, but only in a negative sense – one of restraint. We take control to protect ourselves from our rulers … not in an attempt to replace them.