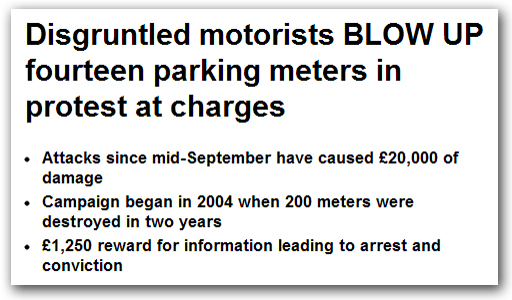 It is quite interesting how, in reporting such news, the newspaper goes above and beyond the call of duty in taking the establishment line.

People who might otherwise be described as freedom fighters, or some such, get the label "vandals", and the effect of their blows against the kleptocratic council is said to "lead to higher permit charges and increased pay and display parking costs for residents and visitors".

In short, the paper is a creature of the establishment – an upholder of the status quo. Never mind that councils have massively increased their charges to pay themselves huge executive salaries and pensions, and are ripping the hearts out of town centres as they steal from motorists to pay for their lifestyles.

Never mind that local authorities have outstripped any democratic legitimacy they ever had, and have long ceased to be responsive to the needs and wishes of their taxpayers. The newspaper isn't interested in that. Any action against what amounts to official theft is automatically baaaaaad.

And needless to say, Carl Maynard, the county council's economy, transport and environment spokesman, describes it as a "mindless crime". What he needs to realise it that it is very far from mindless – the old joke applies … we mind very much.

Interestingly, though, the tone of the newspaper report is quite out of tune with the comments, which are largely supportive of the "vandals". There is a greater recognition out in the community that councils are pushing charge levels to the limits and many are now unjustified. 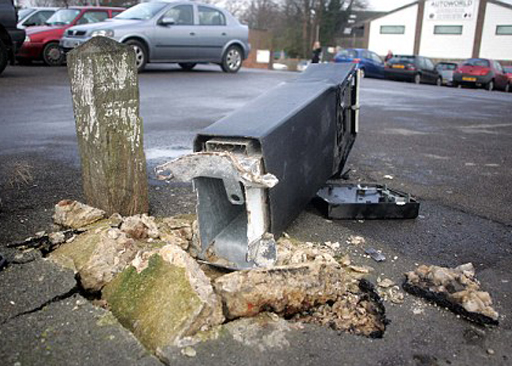 A reader tells me that it is quite possible that the location is not a coincidence. The locals have a strong tradition of ignoring the council. Lewes' annual bonfire party, which attracts tens of thousands of tourists, is not sanctioned by or run by the local council and, in fact, the council have tried to end it on a number of occasions, using 'elf and safety' claims to try to cancel the whole shebang.

The locals, though, are a bloody-minded lot, and have told the council to shove it and put on a phenomenal show each year. This year there were six bonfire groups, all of whom processed through the town and then out to their chosen spot where they burned their effigies (including two of Cameron, which was extremely cheering).

Literally everything about the event is chosen to make the modern HSE quail and wag its finger in outrage - flaming torches in the streets, loud bangs all night, booze everywhere despite a council order banning drinking on the streets which nobody obeyed - even the pubs were open. It was amazingly good-natured, the locals were brilliant and the number of injuries and arrests was minimal. 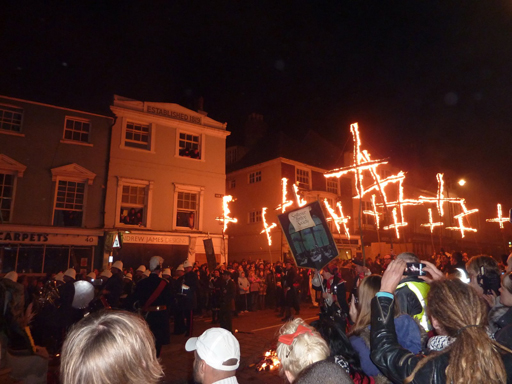 When the last procession headed for its chosen burning site at 10:30pm, my reader tells me he was headed to the top of the town and watched the artillery kick off. It was a truly epic sight - fireworks roaring and exploding from every corner of the town and for nearly an hour the sky was bright enough to read by. His ears were still ringing the next morning, and there was a haze of bonfire smoke overhead until late morning.

He says he drove through the town at 10am the next day and, despite the fact that 70,000 people had descended on this little town overnight, the streets and pavements were immaculate. The locals clean it all up, by hand, starting around 5am. Most of them are still "off their tits", of course, but they did a far better job of cleaning the town than the council-hired contractors do.

The council seems to hate the event because it shows to people that they don't actually need the council at all. It's a lesson my reader says he took back with me and he's trying to think of the best way to apply it locally.

Certainly, the same spirit seems to have found an application in sending a message to the council. Officials (and the police, for that matter) may huff and puff, but the true thieves in our communities have become those self-same officials, helping themselves to the public purse, for very little in return.  One would like to think they are capable of understanding the message they are being sent, before the need to repeat it becomes widespread.