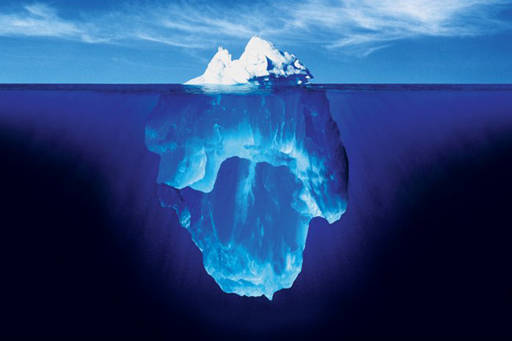 I may well have picked up this piece by Chris Montcrieff at the same time as Autonomous Mind, but for the moment I'm not as fast as I once was, having to do an amount of eyelid testing between blog posts.

That leaves me trailing in his wake, enabling me in part to compliment AM for a fine piece and echo his theme, that it is a shame that so few of the commentariat seem to understand what is going on with local authority finance.

We have seen how even Simon Jenkins and Philip Johnston have only a slender grasp of the intricacies of the additional charges imposed by local authorities, but at least they have some awareness of them. When it comes to Moncrieff, though, he displays no awareness of the issue at all, and thus focuses his whole commentary on the single issue of council tax.

Under discussion is the council tax freeze, announced by Massa George at the Tory conference, but as AM points out, this is smoke and mirrors. Councils which are buying into the "freeze" rhetoric are, by and large, simply increasing their direct charges and other income streams, to make up for the shortfall on the council tax account.

This year we will thus see history being made as income from sales, fees and charges, plus "other income", exceeds for the first time the income from council tax. And then, while these two categories of income are themselves substantial, they only account for less then forty percent of total income, the rest coming from government grants (last year, 64 percent).

With government grants also increasing up to press, we see a freeze only in one tiny corner of the income stream, making the rhetoric about local government "cuts" more than a bit dubious. Council tax may be frozen, but local authority income and spending is not. They are at a historic high.

Moncrieff, however, is not the only one taken in by the rhetoric, with JulianM of Orphans of Liberty also being taken in by the spurious council tax freeze, complaining of Brighton and Hove that it is refusing to take government money and is forging its own line, increasing council tax by 3.5 percent in the coming year.

We do not know this to be the case, but it is quite possible that, by increasing council tax but holding off on some charges, the council could actually be costing its taxpayers less than some supposedly virtuous local authorities, which are falling into line with Osborne's "freeze" and holding down the headline rate.

And here, we see an interesting development with the local newspaper, The Argus, launching a referendum on how much council tax residents think they should be paying. Courtesy of the newspaper, therefore, we see the makings of real democracy, although it is difficult for readers to make an informed decision as they are being asked to judge without knowing the budget for the forthcoming year.

This is where the whole system starts to unravel. With less than twenty percent of the charging actually visible, local authority income is more like an iceberg, with the bulk of it out of sight. For there to be meaningful control, there must be visibility, and then accountability.

What we have at the moment, then, is a charade. And those that go along with it and take it seriously are playing games. We need root and branch reform of the way income is gathered and presented, and expenditure reported, before the system can get even close to being democratic.