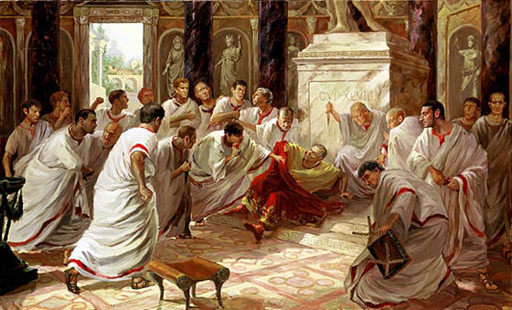 "The science is solid and proves unequivocally that the world is warming," says R.D.J. Lengoasa, the WMO's deputy director, and human activity is a significant contributor. "Climate change is real, and we are already observing its manifestations in weather and climate patterns around the world," he adds.

But just one day into the Durban talks and, as expected, writes John Vidal, we are witnessing the assassination of the Kyoto protocol. Canada has let the cat out of the bag with its environment minister, Peter Kent, saying: "Kyoto is the past" and suggesting that formally pulling out of the treaty is an option.

The play reminds Vidal of the assassination of Caesar in Julius Caesar. Caesar's friends and colleagues hide their weapons before ritually stabbing him together, thus sharing the responsibility for his death. The US may be the country that has plotted the end of the treaty but Canada now has the dagger in its hand.

And such a tragic end (not) to an ignoble beast. But, also to borrow from Shakespeare, If it were done when 'tis done, then 'twere well it were done quickly. Let's be done with it.