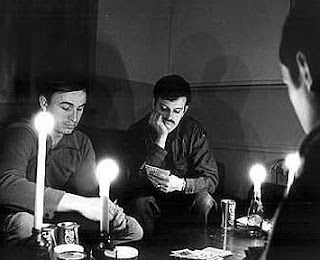 The front page lead in The Daily Telegraph raises the spectre of massive electricity power cuts, a subject Booker and I have been addressing for some time.

However, the author of the Telegraph piece – none other than Andrew Porter, political editor - plus the copious references to the shadow energy and climate change secretary, gives the game away. This is a "silly season" filler placed by the wonks in the Conservative Party HQ as a means of getting an easy publicity splash for an otherwise invisible shadow cabinet.

Needless to say, in full rah-rah mode, Tory Boy blog gives the issue full-frontal treatment, although the alarmist tone is somewhat deflated by one comment which notes that, apart from the Bridgenorth and Hatfield coal-fired power stations (3GW), there are several planned capacity enhancements at Barking Reach, Immingham, Damhead Creek, Kings Lynn and Sutton Bridge which will make up most of the shortfall.

Those many of us who have followed the energy market closely would tend to agree. Behind the scenes, in an unheralded and generally unnoticed shift in policy, there has been a dash for gas, with the very rapid building of extra capacity.

In theory, these new CCGT stations will provide back-up for the increasing number of windmills that we are supposed to be building. But since the renewable programme is never going to get off the ground, these gas stations will become the core of our primary generation capacity.

This, as we remarked back in June, is likely to be sufficient to ward off any prospect of power cuts, the issue having moved from one of shortage to one of cost. With a heavy reliance on gas, there will be times when supplies are tight and we will have to be buying off the spot market at inflated prices. We may avoid the cuts, therefore, but there will be a very high price to pay.

Using gas to produce electricity is in fact a waste of resource. This product is best suited for supplying domestic heating and cooking and to use it for a purpose for which there are other, better energy sources – such as coal and nuclear – amounts to criminal dereliction.

That is where there battle lines should now lie, with an urgent need to abandon the fatuous attempts at building more and more windmills – a policy which the Tories support – and an emergency drive to build rapidly new nuclear power stations.

However, with the Tories behind the curve, as always, expending their ingenuity in attracting "off-peak" headlines rather than producing off-peak electricity, it is unlikely that we are anywhere closer to developing a rational energy policy. But at least the Tories can congratulate themselves on achieving some cheap publicity, even if we would rather have cheap electricity.