The public is bored 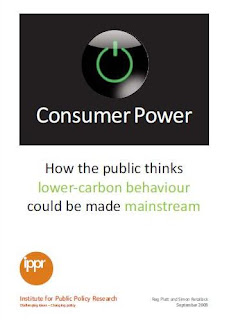 That is the finding – or at least one of the findings – from a report by the Institute of Public Policy Research (IPPR) on "climate change".

The IPPR has been conducting a series of "workshops", focus groups and other types of malarkey and found out that, when the subject is brought up, many "participants" expressed a weariness and fatigue about the subject. Many of the workshops became notably less animated following the introduction of climate change as a topic for discussion. Some found the issue very boring. Others dismissed it as "faddy" and "trendy".

It would have been nice to bring you more but the report turned out to be rather boring as well – incredibly so. Relying on a much shorter summary in The Guardian therefore, we get a much stiffer message. The general public are (is) resentful, cynical and resigned when it comes to the issue of "climate change", we are told.

Despite all the work the greenies have been putting in, it seems that, although there was a general acceptance that climate change is happening, most people thought that humans are unlikely to be wholly responsible. Some – probably to the despair of the greenies - confused climate change with ozone layer depletion. Others linked climate change to recycling, remarking that by recycling they thought they were already "doing their bit" and did not necessarily feel they had to do any more.

There was also general cynicism about the motivations of the government in pushing for action. A common thread was that the government could be using the issue as a means of increasing taxation. Others highlighted inconsistencies and hypocrisy on the part of government and corporations, such as the decision to grant permission for the building of the third runway at Heathrow.

The study, though, was not carried out to find out what we think. Its purpose was to explore peoples' attitudes in order to find out what buttons to press in order to turn them into rabid greenies who will happily adopt "lower-carbon lifestyles" – which includes, it seems, having your holidays in Britain and going there by train.

Other advice is to avoid the term "carbon dioxide" as people have difficulty accepting that an invisible gas is problematic. Instead, campaigners are advised to use the word "carbon", which is seen as black and "dirty", and where possible to refer to "pollution". Geoffrey Lean, one of the team of resident greenies on the Telegraph, has obviously read the report and has been quick to adjust his vocabulary.

The report then says something about using humour and sarcasm in the messages, people being more likely to respond to that than the "holier-than-thou" planet-saving schmuck normally churned out. The greenies will certainly score on the humour front, suggesting that people take the train to their hols, especially when a single train fare is likely to cost more than a two-week break in Benidorm for a family of four.

That apart, the greenies are also not unfamiliar with sarcasm, although they tend these days to be on the receiving end of it, especially when we are confronted with their increasingly pathetic attempts to convince us (and themselves) that the planet is still warming up.

There will certainly be sarcasm aplenty this winter as we scrape the accumulations of "global warming" off our cars and doorsteps, but I suspect that this will not quite be what the greenies have in mind.