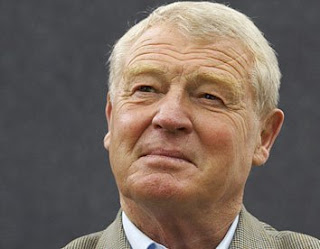 Yesterday, confronted with the McChrystal assessment for the first time, we took the document at face value, starting on a process of review and analysis which is far from complete.

More than 24 hours later though, the document – seen through the prism of US political analysts – looks very different. From Spencer Ackerman of the Washington Independent, we see that the review itself is far from a neutral military appraisal of the situation on Afghanistan, and that the circumstances and the timing of the leak have strong political dimensions.

Via James Joyner of the Atlantic Council, we see the view expanded that the leak was an attempt "to box President Obama in to a static request for more U.S. troops and dare him to refuse his chosen commander’s recommendations", with a strong suspicion that the military was behind the leak.

I make no apologies for what might seem to a US observer as a certain naivety in my work so far. Firstly, it is difficult enough to get a grip with British politics and the subtleties of US politics are a minefield for the outside observer – we only need to see the mess US commentators make trying to understand British and European politics to see the pitfalls.

Secondly, with a complex document such as the McChrystal assessment, thrust into a highly political environment, the only way to evaluate it properly is to start at the beginning, and take it stage-by-stage, unpeeling it like an onion to reveal the inner workings.

What is amusing to see though is that while McChrystal deliberately plays down the resource (i.e., more troops) issue, putting strategy at the top, either he or the authors of the leak seem to understand the media all too well, fully expecting the Washington Post to focus on the need for reinforcements.

All it then needed was to rely on the coprophagic tendencies of the rest of the media to spread the word and, within a very short time, "more troops" would become the only game in town, the hope being to bounce Obama into giving the go-ahead for another 30,000 "boots on the ground". Predictably, the media fell for it, either not realising or perhaps not caring that they have been well and truly manipulated.

Looking in more detail at the assessment document, the view is beginning to gel that, although McChrystal is arguing for a new strategy, he is actually not offering one.

It was pointed out on our forum that the assessment bears some resemblance to the Briggs Plan of 1950, which shaped the Malaya campaign, and indeed it does. What is missing though is the all-important framework of the civilian role, in which context the military is supposed to be subordinate to the civilian power.

The McCrystal assessment, by contrast – and inevitably – is militarily orientated, which is what you expect from an army general. That notwithstanding, the Briggs Plan was framed by Lieutenant General Sir Harold Briggs, then retired, afterwards to become Director of Operations in Malaya.

Briggs, it seems, was able to transcend his military background. McChrystal, it seems, has not. What we have, on the face of it, is not a new strategy but simply a rag-bag of new tactics and a re-appraisal of tactical priorities.

One hates to concede that Paddy Ashdown (pictured) might have a point, but he is currently arguing for a proper political strategy for Afghanistan to support the military intervention in the country.

Emerging from the Malaya campaign were two basic precepts. Firstly, the government had to give priority to defeating political subversion, not the guerrillas. Secondly, to succeed, counterinsurgency efforts had to meet the true grievances of the people better than the insurgents.

McChrystal partially acknowledges these requirements, but he does not really spell out how they will be achieved, and it is not for the military to say. What we are missing, therefore, is that all-important civilian dimension, around which the military effort should be focused. All we are left with is a call for more troops. We have been had.