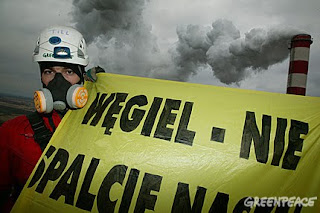 The European Court of Justice has come up with a delicious ruling that rather throws into confusion the EU commission's plans to reduce carbon dioxide emissions pollution through its Emissions Trading Scheme.

Under the scheme set out in Directive 2003/87/EC (as amended), individual member states were required to set quotas for their national emissions. However, so loose were the rules that some member states, Poland and Estonia amongst them, were rather more generous with their quotas than the commission thought fit – entirely defeating the object of the exercise, which was to force industry to reduce its CO2 output.

Fortified by righteous indignation, the commission thus issued a direction to the errant member states, in the form of a Commission Decision on 26 March 2007, instructing them to cut back their quotas. Although they reluctantly complied, Poland and Estonia, supported by Hungary, Lithuania and the Slovak Republic, lodged an appeal with the ECJ against their enforced 27 and 48 percent cuts.

This was, of course, defended by the commission, and – at some great cost to its long-suffering taxpayers – the goody two-shoes United Kingdom of Great Britain and Northern Ireland. And to the dismay of both, on Wednesday the court found in favour of Poland and Estonia, annulling the commission decision – in its entirety.

Interestingly, Poland's complaint had been that data on which it had based its calculations to determine its allowances had been rejected by the commission, which had then replaced it with its own in order to come up with a lower allowance. This the court ruled, the commission was not entitled to do, and had exceeded its powers. It was only entitled to review the calculations to ensure that they had been drawn up in accordance with the directive.

Despite that, the news has had the BBC twittering, with its environment correspondent lamenting that the court ruling is another setback for the EU carbon markets. It certainly does not bode well for the EU's effort to persuade the US into a global carbon market, he says.

Fearful that the carbon market will now be swamped by excess allowances issued by the Poles and Estonians, driving down the price still further – and with appeals pending from Bulgaria, the Czech Republic, Hungary, Latvia, Lithuania and Romania - the commission has decided on a rearguard action.

Plucking from the judgement something which, on first sight does not appear to be there, environment commissioner Stavros Dimas claims that the court ruling requires the commission to re-evaluate its decision on Poland and Estonia. That it was going to do and, in the meantime, he declared, "those countries are not allowed to issue any additional allowances beyond those created in the EU Emissions Trading Scheme."

On the basis that the commission is never wrong even when it is wrong, Dimas is suggesting that its re-evaluation was unlikely to lead to any major change in the quotas already imposed for 2008. Nonetheless, there are four more disputed years, up to 2012, so the game is far from over.

And, just to add further entertainment, Berlusconi has sent a letter to Barroso seeking to renegotiate Italy's quotas. With the commission considering whether to appeal against the current ECJ judgement, he is likely to get short-shrift, but this cannot but help add to the "carbon chaos" which is dragging the EU's attempts to save the planet down into the mire.