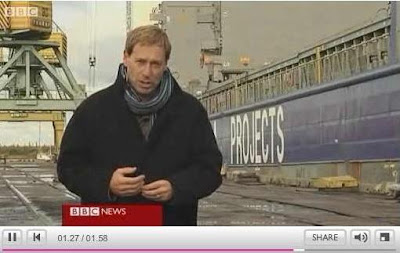 There was much warmist trumpeting last week, led by The Independent and the BBC, over a German businessman's claim that two of his ships had managed to sail round the Arctic coast of Russia, writes Christopher Booker in today's column.

Indeed there was, with even Time magazine joining the fray last Friday. Hilariously, the caption to its picture pronounced, "A pair of German merchant ships traverse the fabled Northeast Passage". Yet the lead ship of the two shown was the Russian nuclear icebreaker 50 let Pobedy.

Despite ample evidence that the story was false, the BBC just could not leave it alone. Yesterday, the coprophiles on the BBC Radio 4 Today Programme were back on the case telling us that the northeast passage had until recently "been too icy to navigate."

Coprophagic Richard Galpin had been despatched to Archangel (at our expense) to meet one of the two German ships which had just completed the journey. There, he breathlessly told us that "the fact that it is now possible to sail through the northeast passage in the summer months is all down to one thing – that the ice cover in the Arctic Sea has been shrinking rapidly in recent years."

He then cited the "environmentalist" Alexi Kakorin, who was "convinced that man-made climate change is the most important reason behind this." And then we got: "Many scientists do believe that it is only a matter of decades before there'll be no ice at all in the Arctic regions during the summer months."

This tosh was then repeated on television news (pictured - top) throughout the day, with Galpin signing off his piece by telling us that "the dream of a major shipping route through the Arctic is becoming reality, but only as the result of an environmental disaster."

You have to give it to the BBC, in pursuit of their religion, they are utterly shameless. Any lies will do, as long as they support the cause. 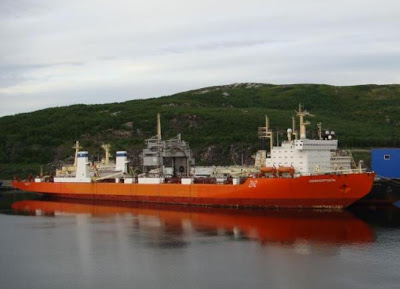 The more one looks into this, however, the more outrageous the claims become. Pictured above is the nuclear powered ice-capable transport Sevmorput, built specifically for the northeast passage and launched in 1988, whence it had been plying the route ever since, only recently having been withdrawn for conversion into a drilling ship.

Meanwhile, the Murmansk Shipping Company – which is the specialist operator in the northern sea route - is currently running a fleet of 303 vessels with a total deadweight of about 1.2 million tons. In 2006, the company shipped 2 million tons of cargo through the route. Pictures of some of the fleet are here, with some of the ships currently plying the northern sea route shown below. 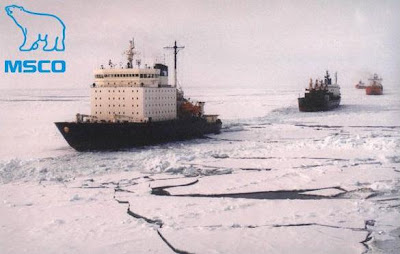 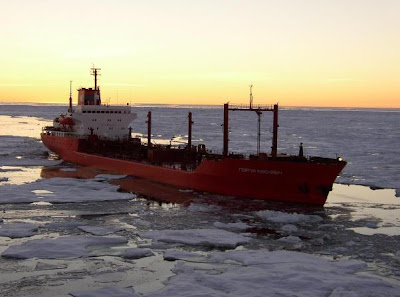 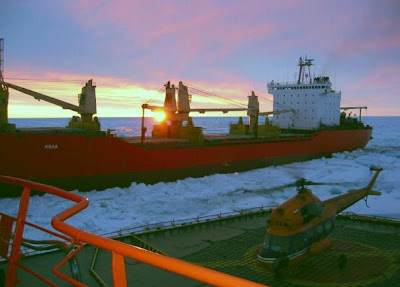 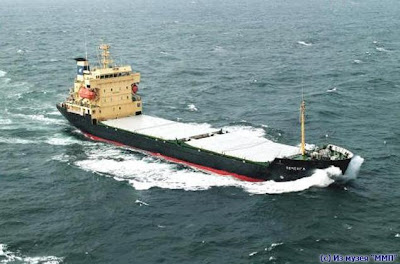 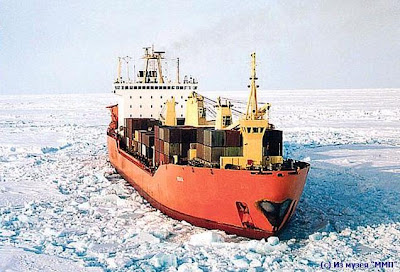 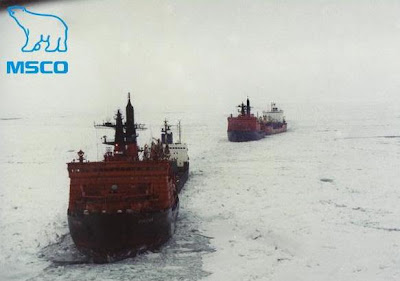 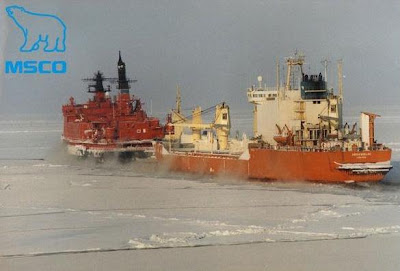 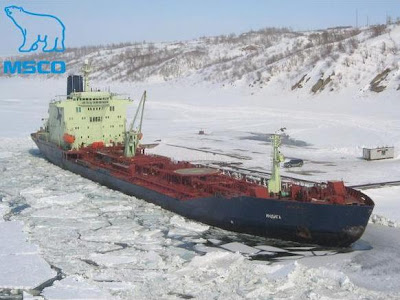 The northern sea route, however, is a mere walk in the park. To July 2008, no less than 71 surface ships have reached the North Pole. The first was the ice breaker Arktika, which arrived at the Pole on 17 August 1977. It is estimated that a total of about 20,000 people have visited the North Pole, the vast majority on sea expeditions in Russian ships.

Nothing of this, however, can penetrate the brains of the BBC coprophiles and their fellow travellers. The only good news is that, by Christmas, The Independent might be closed down. The pity is that the BBC will not be following it.